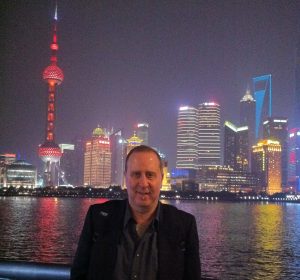 David Caploe holds an Honors AB in Social Theory from Harvard … from Princeton, an MA in Political Science —

and a PhD in international political economy, whose dissertation was entitled

“Stalemate in the West — The Political Economy of the Advanced Industrialized World Since 1945”.

He has served on the faculty of several universities, including Duke / Fordham / North Carolina State / University of Miami / Strayer / Mirus / and Kaplan Singapore.

His analyses of world political economy have been published in The New York Times / Business Insider / The Singapore Straits Times / and The Daily Yomiuri [ Tokyo ].

He was the Chief Political Economist of the website economywatchdotcom [ Singapore ].

His writings about the Middle East have appeared in such publications as The Nation / Working Papers / Inquiry / Race and Class / Middle East International [ London ].

He has worked as a writer / director talent scout in the independent film world, a film critic for several journals, and Editorial Consultant for the award-winning documentary “Tom Dowd and the Language of Music.”

He was Founder and Director of an inter-disciplinary / humanities-based MA program in Media Studies for working adults at New College of California in San Francisco.

He is the creator of The Digital Encyclopedia of the Global Media Society, which comprises 66 lectures on 160 CDs, and a 20-CD series, The Millennium Crisis.

He has three forthcoming books: