The insane invasion of Iraq in 2003 has destroyed the deterrent power of the US military, turning it into a true “paper tiger” …

“The decision by Beijing to deploy the carrier group seemed likely to complicate an increasingly fractious relationship between China and the United States.

Nowhere are those tensions more on display than in the South China Sea, where American forces have resisted China’s efforts to build artificial islands and military outposts as part of its efforts to assert greater control over the sea, a major commercial waterway.

In the weeks since Trump’s election, Beijing has increased pressure on the US, placing weapons on disputed islands and seizing an underwater US Navy drone from international waters.

Chinese officials appear to be emboldened by Trump’s … ambivalence toward the One China principle, an understanding between the United States and China that has underpinned relations for decades.

“The mission is to signal to neighbors that Beijing will set the security table in East Asian waters, and that not even Trump can reverse that trend” 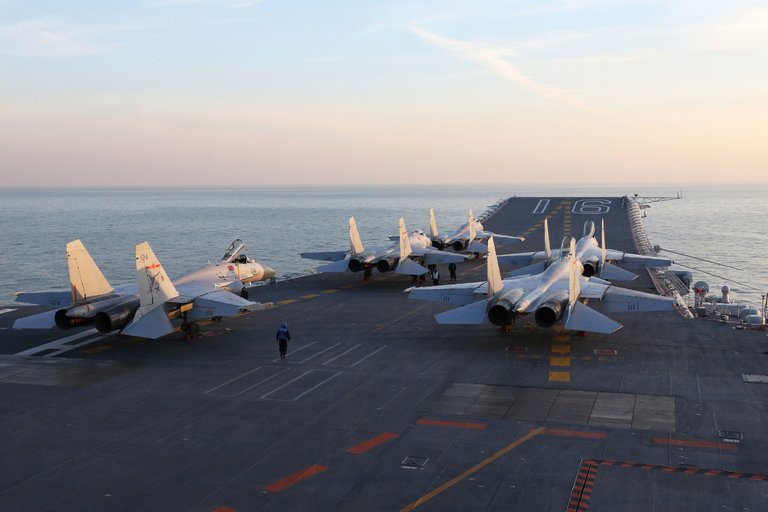 The decision to deploy the carrier to contested waters was seen by some as a challenge to President-elect Donald J. Trump’s criticism of China and to American military dominance in the Pacific.