“The bill would make it easier for doctors to defend themselves against medical malpractice lawsuits. Patients would have a heavier burden of proof if doctors could show that they followed “clinical guidelines” for the treatment of medical conditions. And under the legislation, it would be easier for doctors to enter into private contracts with Medicare beneficiaries. Such contracts allow physicians to opt out of Medicare’s strictures and charge more than the amounts normally allowed … His bill says that doctors would generally be “exempt from the federal antitrust laws” when they engage in contract negotiations with health insurance plans over the terms of their service. In many cases over the years, the federal government has accused doctors of violating antitrust laws in their dealings with insurers … Price, who is chairman of the House Budget Committee and a member of the powerful Ways and Means Committee, has received generous campaign contributions from health care and related industries. In the latest cycle, he received $396,000 from health professionals, $181,900 from people who work for drug and other health-product companies, and more than $157,000 from people in the insurance business, according to the Center for Responsive Politics, an independent group that tracks money in politics.” That’s more than $700,000 for a Congressman in a totally safe seat … quid pro quo ??? 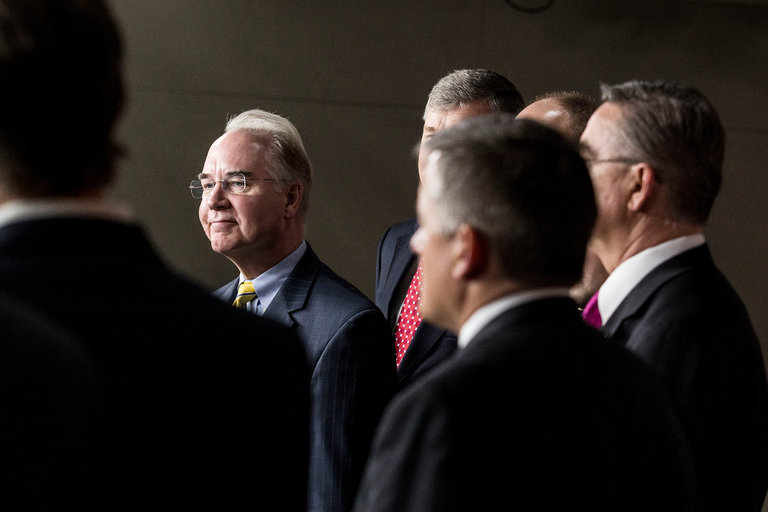