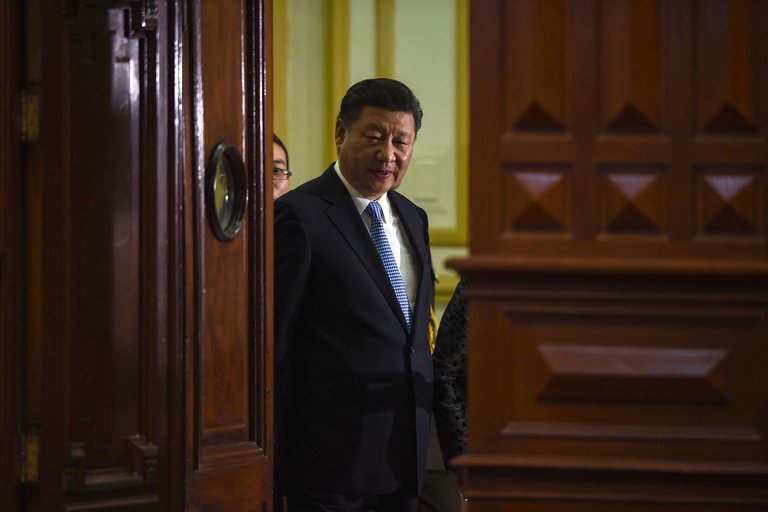 Trump was forced by members of his personal and policy “inner circle” to reverse himself and accept the “One China” policy. As with the Muslim travel ban, this reversal by Trump is far from the end of the story. But it does introduce at least a small element of stability there — something sorely lacking since the campaign and Trump’s accession to office, when he kept making one ill-informed and provocative statement after another about East Asia — not just re China and Taiwan, but also Japan and North / South Korea.

Thursday was a bad day for President Trump — mostly — and, consequently, a good day for both world peace and American values.

of Trump’s unilateral attempt to ban travel into the US from seven majority Muslim nations,

as well as his claim that such executive actions were not reviewable by the courts.

To be sure, this is only another stage in what promises to be a drawn-out and nasty battle over key American values,

but it established a significant marker in the struggle against Trump’s assertion of an Imperial Presidency.

At the same time, Trump was forced by members of his personal and policy “inner circle” to reverse himself and accept the “One China Policy.”

As with the Muslim travel ban, this reversal by Trump is far from the end of the story in East Asia.

something that has been sorely lacking since the campaign and Trump’s accession to office,

and not just about China and Taiwan, but also about Japan and South Korea.

The situation there remains extremely volatile in any number of areas, including trade and North Korea,

which, Trump doesn’t seem to understand, the Chinese are not going to “rein in” as long as he keeps publicly poking them in the eye.

“President Trump told President Xi Jinping of China on Thursday evening the US would honor the “One China” policy,

reversing his earlier expressions of doubt about the longtime diplomatic understanding

and removing a major source of tension between the United States and China since shortly after he was elected.

In a statement, the White House said Trump and Xi “discussed numerous topics, and

President Trump agreed, at the request of President Xi, to honor our One China policy.”

It described the call as “extremely cordial” and said the leaders had invited each other to visit.

The concession was clearly designed to put an end to an extended chill in the relationship between China and the United States.

Xi, stung by Trump’s unorthodox telephone call with the president of Taiwan in December

had not spoken to Trump since Nov. 14, the week after he was elected.

Administration officials concluded that Xi would take a call only if Trump publicly committed to upholding the 44-year-old policy,

under which the US recognized a single Chinese government in Beijing and severed its diplomatic ties with Taiwan.

The Chinese state news media, in its readout of the call, said Trump had

“stressed that he fully understood the great importance for the U.S. government to respect the One China policy,”

and that “the U.S. government adheres to the One China policy.”

Beijing wants to work with Washington on a range of issues, including the economy and trade, science, energy, communications and global stability.

The timing of the conversation was significant, as Trump is about to welcome Japan’s prime minister, Shinzo Abe, for

Among the issues Trump is expected to discuss with Abe, is the president’s commitment to a mutual defense treaty with Japan, which surfaced during the campaign.

At the time, Trump said he was prepared to pull back from the pact unless Tokyo did more to reimburse the United States for defending Japanese territory.

On Thursday, Secretary of State Rex W. Tillerson met with officials at the White House to discuss issuing a statement about relations with China.

His involvement was noteworthy because he had pledged, in written answers to questions after his Senate confirmation hearing, to uphold the One China policy.

Tillerson specifically rejected the idea, advanced by Trump, that Taiwan be used as a bargaining chip in a broader negotiation with China on trade, security and other issues.

On Wednesday, the White House sent a letter from Trump to Xi wishing him a happy Chinese New Year,

which administration officials described as an effort to keep the relationship from unraveling further while they sought to resolve the tensions.

Relations between Washington and Beijing had been frozen since December,

The US has not had diplomatic relations with Taiwan since 1979,

and Trump defended the call by saying he did not know why the US should be bound by the One China policy.

That call produced only a vague commitment to “reinforce high-level exchanges,”

As a gesture of conciliation, Flynn and his deputy, K. T. McFarland, hand-delivered Trump’s letter to China’s ambassador to the United States, Cui Tiankai.

Trump wrote that he wished “the Chinese people a happy Lantern Festival and prosperous Year of the Rooster.”

He also said he “looks forward to working with President Xi to develop a constructive relationship that benefits both the United States and China.”

“This letter means they’re looking for creative ways to stabilize this relationship when Trump and Xi can’t talk due to differences over Taiwan policy,”

said Evan S. Medeiros, who was senior director for Asia on the National Security Council under President Barack Obama.

But there were indications that the administration recognized it needed to do more.

Tillerson, officials said, suggested that Trump publicly reaffirm his commitment to the One China policy

as a way of breaking the deadlock and getting the two presidents back on the phone.

For Trump, it was a significant reversal.

In an interview with Fox News in December, he said the policy should be contingent on extracting concessions from Beijing.

“We’re being hurt very badly by China with devaluation;

with taxing us heavy at the borders when we don’t tax them;

with building a massive fortress in the middle of the South China Sea, which they shouldn’t be doing;

and, frankly, with not helping us at all with North Korea,” he said.

Since his inauguration, Trump has spoken by phone with about 20 foreign leaders.

Although these are usually highly scripted affairs, Trump’s have been anything but.

when Turnbull urged Trump to honor an agreement made under Obama to accept 1,250 refugees from an offshore detention center.

But arguably, no bilateral relationship is more important than the one between Beijing and Washington,

and the fact that Trump and Xi had not talked since Trump took office in January has drawn increasing scrutiny.

“The U.S.-China relationship only works if the two leaders have a serious relationship and use their contact to do real business,” Medeiros said.

“Given the rigidity of the Chinese system, leader-level contact provides essential stability, direction and momentum to U.S.-China ties.”

Administration officials are also keenly aware that the Chinese will be closely watching the visit of Abe,

which begins here Friday with an Oval Office meeting, a White House lunch and a joint news conference.

Then Trump will take Abe to Palm Beach, Fla., on Air Force One.

The leaders plan to play golf at Trump’s club, Mar-a-Lago, and then they and their wives will have dinner there.

To the status-conscious Chinese, this red-carpet treatment for Japan’s Abe will not go unnoticed.

[ a view that, as we have noted, is NOT shared by the Japanese,

who are extremely worried about Trump’s rejection of the TPP

and preference for bi-lateral — rather than multi-lateral — agreements in its dealings with Asia. ]

In Beijing, Lu Kang, a spokesman for China’s Foreign Ministry, expressed thanks for Trump’s letter.

He dismissed as “senseless” speculation the idea that Trump had been snubbing Xi by not scheduling a phone call earlier.

“The two countries share wide common interests, and cooperation is the only correct path for both,” Lu told reporters on Thursday.

Even before the phone call, Trump and his advisers had somewhat shifted their tone toward China since the inauguration.

During the campaign, Trump advocated a 45% tariff on Chinese exports to the United States,

complaining that China manipulated the value of its currency.

This month, however, Ivanka Trump, the president’s daughter, attended a Lunar New Year celebration at the Chinese Embassy in Washington.

Her daughter, Arabella, sang a New Year’s greeting in Mandarin that was widely viewed in China.

Ms. Trump’s husband, Jared Kushner, who is a senior adviser to Trump, met with Cui before the embassy event, part of a blossoming dialogue between the two men.

The business relationships between some of Trump’s advisers and leading Chinese companies with close links to the Communist Party may also be strengthening ties.

“It’s an expression of good will,”

Jia Qingguo, dean of the School of International Studies at Peking University, said of Trump’s letter.

“It’s necessary to handle this relationship with practical cooperation.””