“I’m talking about the obvious effect of two factors on voting:

the steady drumbeat of Russia-contrived leaks about Democrats, and only Democrats,

and the dramatic, totally unjustified last-minute intervention by the F.B.I., which appears to have become a highly partisan institution, with distinct alt-right sympathies …

People who respond to this observation by talking about mistakes in Clinton campaign strategy are missing the point, and continuing their useful idiocy.

All campaigns make mistakes. Since when do these mistakes excuse subversion of an election by a foreign power and a rogue domestic law enforcement agency? …

The pro-Putin tilt of Trump and his advisers was obvious months before the election — I wrote about it in July.

By midsummer the close relationship between WikiLeaks and Russian intelligence was also obvious,

as was the site’s growing alignment with white nationalists.

Did RPB politicians, so big on flag waving and impugning their rivals’ patriotism, reject this foreign aid to their cause?

In fact, as far as I can tell, no major Republican figure was even willing to criticize Trump when he directly asked Russia to hack Clinton.

This shouldn’t come as a surprise.

It has long been obvious — except, apparently, to the news media — that the modern G.O.P. is a radical institution that is ready to violate democratic norms in the pursuit of power [ see North Carolina ].

Why should the norm of not accepting foreign assistance be any different?

The bigger surprise was the behavior of the news media, and I don’t mean fake news; I mean big, prestigious organizations.

Leaked emails, which everyone knew were probably the product of Russian hacking, were breathlessly reported as shocking revelations,

[ridiculous and without principles either, which everyone knows already].” 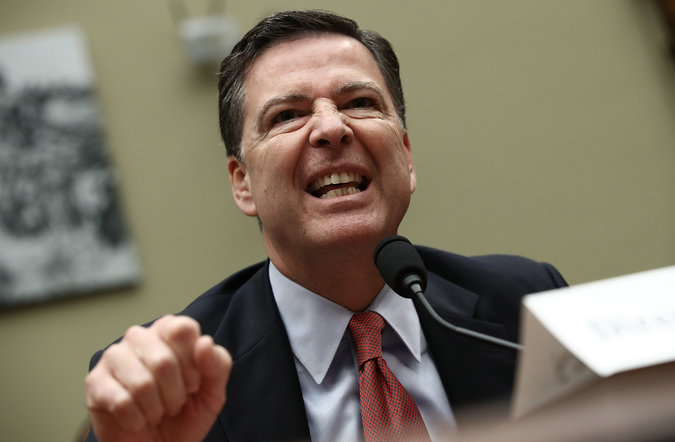 Russia got lots of help in the United States hacking the election.