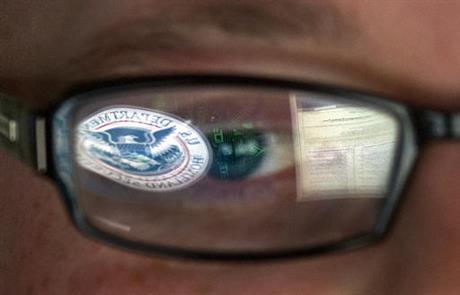 With most US critical infrastructure in private hands, and Americans among the most connected citizens in the world, the potential attack surface for any hacker is vast and increasing. Lawmakers argue that because there is no official policy on cyberwarfare, response to an attack can be slow, politicized and ultimately ineffectual

The United States has long relied on its geographical isolation and superior military might to protect against and deter foreign aggressors.

At a hearing this month on foreign cyberthreats, the chair of Senate Armed Services Committee, Sen. John McCain, R-Ariz., ran through

a list of recent operations the U.S. believes was carried out by foreign countries — Russia, China, Iran and North Korea.

“Our adversaries have reached a common conclusion, that the reward for attacking America in cyberspace outweighs the risk,” McCain said.

With most US critical infrastructure in private hands and Americans among the most connected citizens in the world,

the potential attack surface for any hacker is vast and increasing.

Lawmakers argue that because there is no official policy on cyberwarfare,

response to an attack can be slow, politicized and ultimately ineffectual.

The U.S. took two months, for example, after publicly accusing Russian government hackers of trying to influence the presidential election,

to respond with economic sanctions and other more symbolic measures.

The reality is that the “nature of conflict has moved to the information space instead of just the physical kinetic space,

and it now operates at greater scale and quicker speed,”

said Sean Kanuck, who served as the first U.S. national intelligence officer for cyber issues in the Office of the Director for National Intelligence.

Under the Obama administration, the U.S. proposed international cyber rules for peacetime,

including that countries should not target another’s critical infrastructure.

But otherwise, it has maintained existing international laws and reserved the right to respond to any cyberattack.

The Trump regime has said it will prioritize developing defensive and offensive cyber capabilities.

It has also said it will work with international partners to engage in “cyberwarfare to disrupt and disable (terrorist) propaganda and recruiting.”

As in conventional warfare, the costs in cyberspace can have rippling impacts for both the victim and attacker.

Malicious software may end up spreading in an unforeseen and unplanned manner,

and a hacker who gets into a single computer can cause unpredicted effects to a network.

“Look at what North Korea did to Sony or what China did to us via the OPM hack,”

said David Gioe, a history fellow at the Army Cyber Institute at West Point and a former intelligence officer.

“You’ve got all of these aircraft carriers and all of this ocean,

and it really doesn’t matter because we’re still feeling effects.

in what the U.S. believes was a Chinese espionage operation.

“Really it’s our geeks versus their geeks, in the same way as single combat” Gioe said.

It doesn’t matter how good my army is or your army is – it’s geek versus geek.”

Source: US no longer has geography as defense, ally in cybercombat – AP