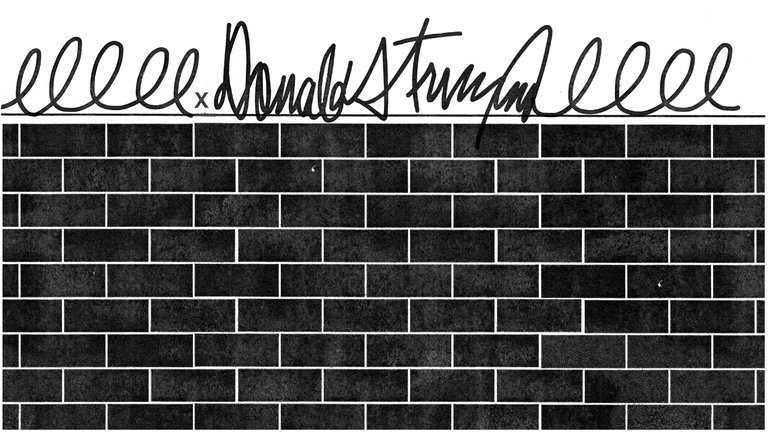 Former Mexico Foreign Minister Jorge Castaneda: President Peña Nieto should draw clear lines, indicating exactly what US actions he and his country can — and cannot — accept

“For Mexico, the rise in tensions with the US, are a sad and serious affair.

Sad, because no Mexican wants a breakdown in bilateral ties.

Five successive presidents have pursued a new course with our northern neighbor,

putting behind us the apprehensions and resentment of the past.

All of this is being questioned and jeopardized.

Serious, because in tying itself to the United States, Mexico has placed all its eggs in one basket:

President Trump’s executive orders and his views on these fundamental issues make that decision seem like a mistake.

This is why Mexico today faces a tough choice, given the asymmetry between both countries:

accommodate Trump and get the least-bad deal possible,

It could then attempt to wait Trump out, hoping that he will

Peña Nieto had no choice but to cancel his trip.

But he had partly boxed himself into a corner because of previous indecision or procrastination.

He knew some time ago Trump would insist on renegotiation.

He knew that several roads could lead to a favorable outcome for all three member countries,

but there could also be dire consequences for Mexico

if the road chosen led to a revised Nafta requiring drawn-out deliberations in the legislative bodies of Canada, the United States and Mexico.

The agreement would then fall hostage to partisan bickering, with no guarantees of approval.

The uncertainty that would entail might easily place new foreign investment in Mexico on hold.

Mexico should have a red line on trade.

Everything that can be done without new legislative approval in all the three countries is fair game, but nothing else.

Better to have the United States invoke Nafta’s Article 2205,

which says that a country can withdraw from the agreement six months after giving notice.

A similar red line should have been drawn by Peña Nieto on the prickliest, if not the most substantive issue:

Again, incomprehensibly, Peña Nieto painted himself into a corner by stressing the wall’s payment, rather than its very existence.

The crux of the matter should never have been who would pay for it,

but rather that it was an unfriendly act toward a friendly country,

The real issue is that it will

If the United States wants to build a wall, we will use every tool available to delay it and make it more expensive.

But we will also point out that President Trump’s wall better be a very effective one.

Because it will have to deter — without any further Mexican cooperation — drugs, migrants, terrorists and “bad hombres” from entering.

If Trump “breaks” the border arrangement that our two countries have enjoyed for nearly a century,

he “owns” it (the Pottery Barn rule).

More money and agents for immigration enforcement, punishing sanctuary cities and attempting to send so-called criminals to Mexico are likewise all unfriendly acts.

Especially when one recalls that the same policy toward El Salvador in the late 1990s made it the most violent country in the world.

Mexico must say clearly that we will

These are not simple decisions and are not exempt from the risk of retaliation.

But neither is a 20 percent tariff on imports from Mexico, a proposal the White House suggested on Thursday it might embrace.

Mexico’s most effective leverage in this unfortunate and needless conflict lies in its stability on the United States’s southern flank.

Washington should count its blessings.

For a century, the United States has been an accomplice to Mexican corruption, human rights violations and authoritarian rule.

But it has also

The quid pro quo was immensely and mutually beneficial.

Messing with it is worse than rash:

It is reckless, and profoundly dangerous, for both countries.”

To say the very least …