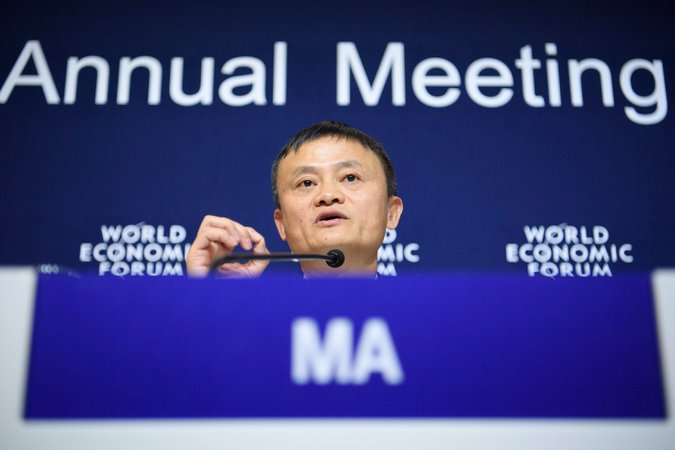 Global elites at Davos stare into the Abyss — The Millennium Crisis … As Nietzsche foresaw, the Abyss stares back …

“DAVOS, Switzerland — For the investors and market-movers at the annual World Economic Forum here, a spectre lurks.

At cocktail parties where the Champagne flows, financiers have expressed bewilderment over the rise of the — wrongly-labeled “populist” — groups that are feeding a backlash against globalization.

In the halls of the Davos Congress Center, where many of the meetings this week are taking place, investors have tried to make sense of the political upheaval.

The world order has been upended.

As the United States retreats from the promise of free trade, China is taking up the mantle.

The stark shift leaves investors trying to assess the new risk and opportunities in the global economy.

“This is the first time there is absolutely no consensus,”

said William F. Browder, a co-founder of Hermitage Capital Management who has been coming to Davos for 21 years.

“Everyone is looking into the abyss.”

The religion of the global elite — free trade and open markets — is under attack.

There has been a lot of hand-wringing over what Christine Lagarde of the International Monetary Fund has declared a “middle-class crisis.”

But while all attendees in Davos have a view on the state of the world, there is little agreement on how to deal with it.

they are part of the global economic pie that Davos participants have created — and largely own.

In a Twitter post from the Swiss resort, Ian Bremmer, the president of Eurasia Group, a political-research firm, offered his advice:

If that is the case, Davos has, so far, made little progress.

“I want to be loud and clear: Populism [sic] scares me,”

Ray Dalio, the billionaire hedge fund manager, said during a panel on how to fix the middle-class crisis.

“The No. 1 issue economically as a market participant is how populism [sic] manifests itself over the next year or two.”

But Dalio offered little by way of a solution, beyond the usual corporate bromides of loosening regulation and lowering taxes …

Jack Ma, the founder of Alibaba in China, offered his view of the problem in the United States.

Americans, he said, “do not distribute the money properly.”

If there was one thing Davos attendees agreed on last year, it was that Donald J. Trump would not win the United States presidential election.

And so this year, with Trump’s inauguration on Friday coinciding with the end of the World Economic Forum,

every conversation has drifted to one question:

What will the Trump presidency look like, and what will it mean for business?

To many American financiers who once opposed Trump’s candidacy,

the prospect of fewer regulations … has assuaged some of the fear about uncertainties.”

Well, that’s certainly not a surprise …

“At the forum, some attendees have been thrust into a role of interpreting the president-elect to a befuddled global elite …

George Soros, the investor and philanthropist who has called Trump “a con man,” hosted a dinner on Thursday evening in Davos,

during which he said that Trump “would be a dictator if he could get away with it.”

This was unlikely to happen, he added, because of strong democratic institutions in the United States” …

We’ll see how strong those institutions are …

“For those who have been puzzled over market euphoria since Trump’s election, Soros put it this way:

“Markets see Trump dismantling regulations and reducing taxes — and that has been their dream.”

But Soros, who became known as the man who broke the Bank of England with a bet against the British pound in 1992,

added that he was convinced that Trump would fail.

“I don’t think the markets are going to do very well,” he said …

When President Xi Jinping addressed the Davos forum, becoming the first Chinese head of state to do so, his message was clear:

China is ready for the world stage. He championed free trade and open markets, setting the tone for the week …

With Xi’s help, China has fashioned itself here as a new leader of the free-market world.

“I wasn’t sure if it was President Xi or Ronald Reagan,”

At a lunch with Jack Ma of Alibaba, Xi was quoting Abraham Lincoln, Ma told a small group of participants on Wednesday …

So there is a sense that change in the economic order is afoot.

Alicia Bárcena Ibarra, who heads the United Nations Economic Commission for Latin America and the Caribbean, told a small group that

China could soon overtake the United States when it comes to importance in Latin America.

She described how on the same day last year that Trump told the world he would not sign the Trans-Pacific Partnership,

Xi arrived for a summit meeting in Chile.

“So can you imagine the impact when he came talking about free trade as he did this morning?”

she said, referring to Xi’s address on Tuesday in Davos.

“China now is the second-most important trade partner of Latin America after the U.S.”