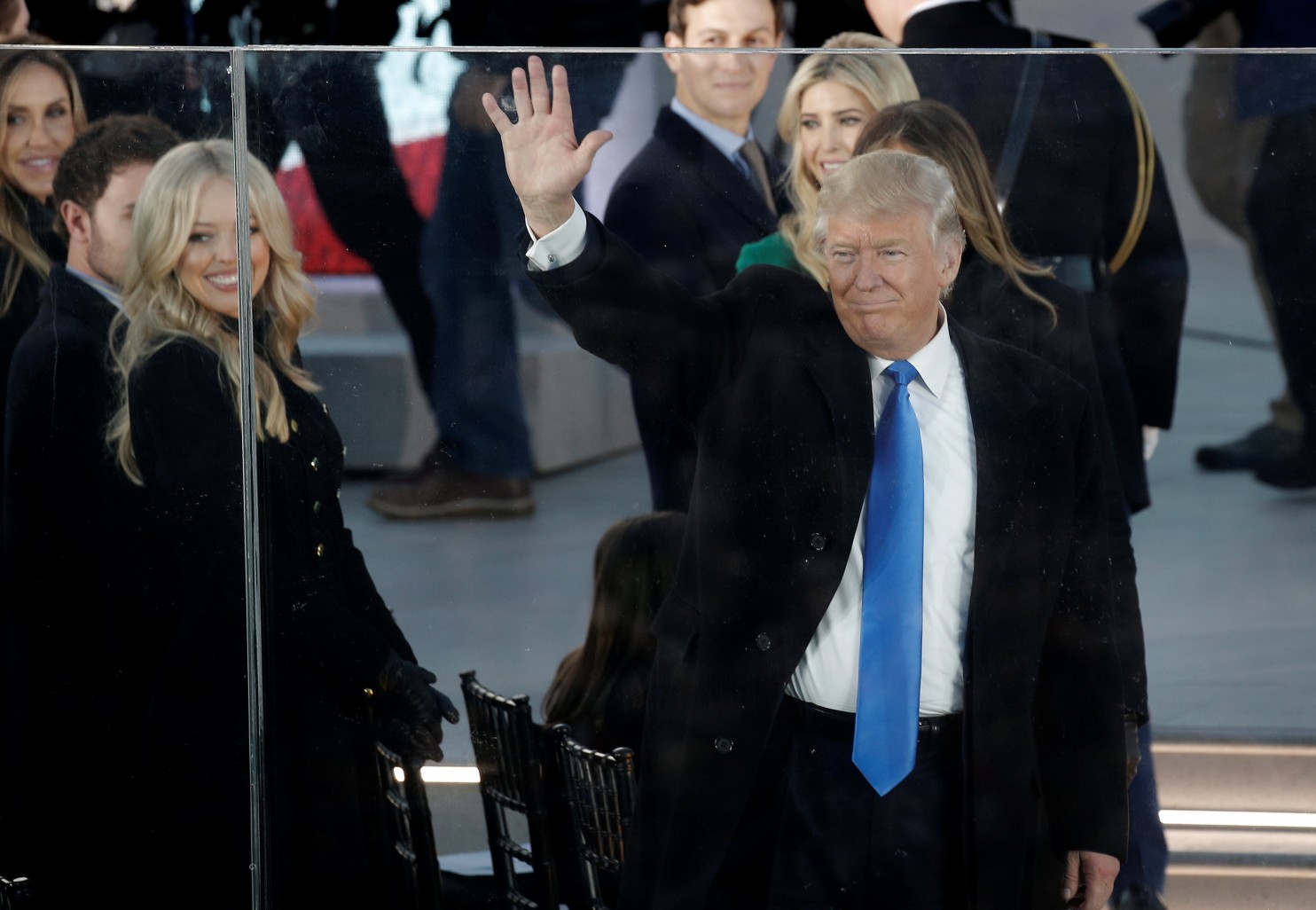 Return to the rhetoric of Rove / Cheney era that led directly to endless, unwinnable wars in Iraq and Afghanistan. Military contractors thrilled, disaster for everyone else, not just in the US, but around the world

“We will … unite the civilized world against radical Islamic terrorism, which we will eradicate from the face of the Earth.”

For all his supposed opposition to the war in Iraq, Donald Trump’s explicit vow in his Inaugural speech

will lead the US and the rest of the world right back to the darkest days of Karl Rove and Dick Cheney.

As noted in the rationale for this website, this kind of bellicose yet impossible-to-achieve rhetoric was responsible for

not only the explosion of jihadism throughout the Sunni world,

but also the creation of the Shiite crescent,

stretching from Iran in the east, through Iraq and Syria, all the way to a Hezbollah-dominated Lebanon in the west.

has been responsible for the disastrous state of US Middle East policy since at least 1979.

Of the many disturbing elements of Trump’s accession to power, the return of such ignorance to the Oval Office is one of the most depressing.

Sadly, we will now have to repeat once again all the arguments the Rove / Cheney regime ignored in the early 00s, with such horrific results.

Put simply, terrorism is not an isolated phenomenon of nihilistic violence directed against non-combatant targets — although it is certainly that.

Rather, it grows out of a dense matrix of tangled, often inconsistent, ideological and power-seeking motivations that JUSTIFY that nihilistic violence.

In the case of ISIS, that matrix is Sunni political Islam —

a way of looking at the world that includes not just jihadi terrorists like ISIS / Al Qaeda / and their affiliated groups throughout the Sunni Muslim world,

but also more nominally political organizations and tendencies like the Ikhwana Muslimin throughout the Arab world,

and authoritarian governments like that of Recip Tayep Erdogan in Turkey.

As the experience in Iraq and Afghanistan has made abundantly clear,

a primarily military response to terrorism only feeds and strengthens the underlying ideological soil from which it grows — in this case, political Islam.

This does not mean there cannot be an element of force in the response.

aspects at which the entire US elite has been failing dismally since the barbaric attacks of 9/11.

then it’s hardly surprising a clueless self-absorbed neophyte like Trump will fail as well,

especially when he “inaugurates” his reign with an unkeepable vow that re-opens a Pandora’s box of avoidable nightmares.

the lack of knowledge and intelligence of the US elite in dealing with the Arab / Muslim world.

By returning to the open-ended bomb-loving absolutist rhetoric of the Rove / Cheney era,

Trump has insured a return to the endless pursuit of unwinnable wars in the Arab / Muslim world.

of not just Americans, but people everywhere across the globe —

as well as political isolation and the fracturing of alliances that are, Trump’s ignorant protestations notwithstanding,

absolutely essential IF the ideological scourge of political Islam is to be contained and rendered harmless.

Much more likely, though, is that, just as during Rove / Cheney,

even more potent and destructive than it is already.