Important article — TERRIBLE headline … Putin is all about WHITE POWER … at least to his white-supremacist sycophants in the US & Europe … has NOTHING to do with Western values — it’s outrageous NYTimes would not understand that … bad sign of how obliterated the MSM is feeling under Trump … piece makes clear the violent right is now consciously organizing as a trans-national “movement” … n.b. … this was published on Sat / Sun full of college football and NFL — lowest possible time for readership, as people are trying to take a break from the madness … hope it stays up on the website for a while … 🙂 … “As the founder of the Traditionalist Worker Party, an American group that aims to preserve the privileged place of whiteness in Western civilization and fight “anti-Christian degeneracy,” Matthew Heimbach knows whom he envisions as the ideal ruler: the Russian president, Vladimir V. Putin. “Russia is our biggest inspiration,” Heimbach said. “I see President Putin as the leader of the free [ WHITE ] world.” Throughout the presidential campaign, Trump mystified many on the left and in the foreign policy establishment with his praise for Putin and his criticism of the Obama administration’s efforts to isolate and punish Russia for its actions in Crimea and eastern Ukraine. But what seemed inexplicable when Trump first expressed his admiration for the Russian leader seems, in retrospect, to have been a shrewd dog whistle to a small but highly motivated part of his base. For Heimbach is far from alone in his esteem for Putin. Throughout the collection of white ethnocentrists, nationalists, populists and neo-Nazis that has taken root on both sides of the Atlantic, Putin is widely revered as a kind of white knight: a symbol of strength, racial purity and traditional Christian values in a world under threat from Islam, immigrants and rootless cosmopolitan elites.” 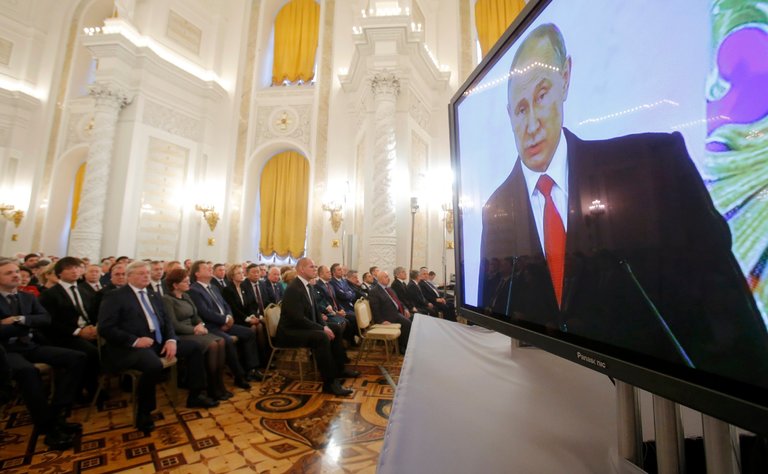 In retrospect, Donald J. Trump’s praise for Russia’s president seems to have been a shrewd dog whistle to a small but highly motivated part of the Trump base.