“As many Americans are trying to figure out what kind of president they have just elected, the people of Balmedie, a small village outside the once oil-rich city of Aberdeen, say they have a pretty good idea … They watched him win public support for his golf course with grand promises, then watched him break them one by one. A promised $1.25 billion investment has shrunk to what his opponents say is at most $50 million. Six thousand jobs have dwindled to 95. Two golf courses to one. An eight-story, 450-room luxury hotel never materialized, nor did 950 time-share apartments. Instead, an existing manor house was converted into a 16-room boutique hotel. Trump International Golf Links, which opened in 2012, lost $1.36 million last year, according to public accounts. “If America wants to know what is coming, it should study what happened here. It’s predictive,” said Martin Ford, a local government representative. “I have just seen him do in America, on a grander scale, precisely what he did here. He suckered the people and he suckered the politicians until he got what he wanted, and then he went back on pretty much everything he promised.”” 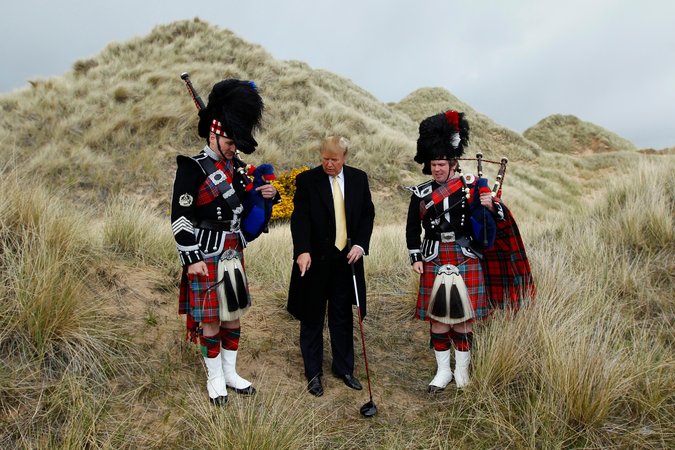 The president-elect left a trail of unmet promises on one of his golf courses, and lashed out at homeowners who stood in his way.

Source: In Scotland, Trump Built a Wall. Then He Sent Residents the Bill. – The New York Times