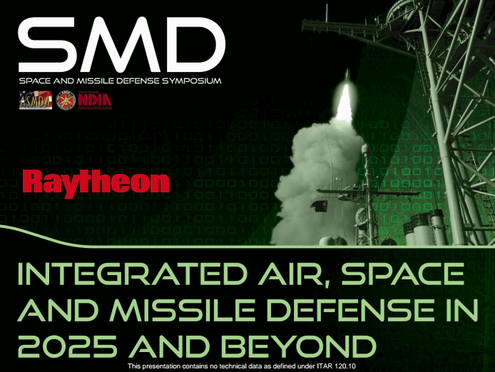 Officials have spoken openly, if vaguely, of using cyberstrikes and exotic forms of sabotage to redefine antimissile defense for the United States 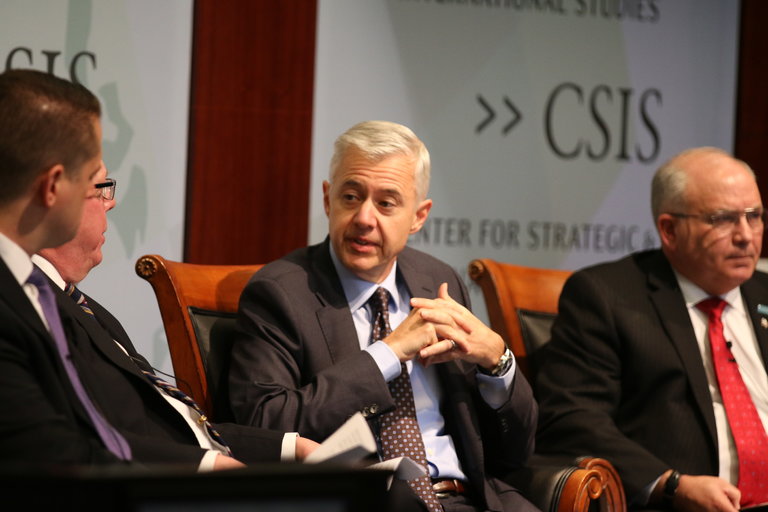 Kenneth E. Todorov, center, a retired Air Force brigadier general, raised the question of how to authorize pre-emptive strikes on missiles at a Center for Strategic and International Studies conference in Washington in 2015.

Washington usually cloaks its most critical defense programs in secrecy.

But in the case of using cyberstrikes, electronic warfare and other exotic forms of sabotage to redefine antimissile defense for the United States,

many high-ranking officials and officers have been talking openly, often to persuade Congress to fund the secretive efforts.

The public conversation about the new antimissile approach, known as “left of launch,” has been careful.

Typically, military leaders and contractors have spoken vaguely about technologies and targets.

But at moments they have also declared that it is all about North Korea and Iran, at least for now.

The idea is to strike an enemy missile before liftoff or during the first seconds of flight.

The old approach waited until much later — after swarms of warheads

Officials have praised left-of-launch strikes as a novel way of knocking out enemy missiles at a tiny fraction of the usual cost.

In presentations and congressional testimony, senior officials have described the method as a potentially revolutionary way to strengthen US’ defenses.

That dilemma, he wrote in a policy guidance document for American troops, called for the development of unconventional defenses that would be far cheaper than traditional rocket interceptors.

In 2014, Adm. James A. Winnefeld Jr., vice chairman of the Joint Chiefs, told the Atlantic Council that left-of-launch strikes would, by definition, remain a novel adjunct to wider antimissile efforts.

“While we would still obviously prefer to take a threat missile out while it’s still on the ground,” he said, “we won’t always have the luxury of doing so.”

The result, he added, would be the continuing need for “solid right-of-launch capability” — in other words, the traditional methods.

In 2015, top antimissile experts gathered at the Center for Strategic and International Studies, a Washington think tank.

not only of preventing successful missile launches but of interfering in their flights and navigation.

Kenneth E. Todorov, a retired Air Force brigadier general, raised the question of how to authorize what would amount to pre-emptive war — of attacking first to gain a strategic advantage.

“Are we, as a military and a nation,” he asked, prepared to “go after potential targets in advance?”

In a 2015 conference presentation, it disclosed that the new developments included not just cyber and electronic strikes but the targeting of enemy factories, hinting at industrial sabotage.

The glossy presentation included a lineup of “sophisticated adversaries,” including Kim Jong-un, the North Korean leader.

Raytheon, an antimissile contractor, gave an industry presentation in 2015 on missile threats to the United States and plans for new defenses, including cyber and electronic attacks before launch and in the first moments of flight.

The details, it said, were classified secret.

In April 2016, a number of budget hearings in the House and Senate focused on left-of-launch programs.

Some of the most revealing testimony came before Senator Jeff Sessions,

then chairman of the Strategic Forces subcommittee of the Senate Armed Services Committee and now the beleaguered attorney general.

because they reduced the need to “rely exclusively on expensive interceptors.”

Brian P. McKeon, then the Pentagon’s under secretary of defense for policy, said

the Defense Department sought new and old antimissile arms “to deal with the threat of missiles from either North Korea or Iran.”

Of all the nations that might threaten the United States, he noted in his testimony, those two countries “are driving our investments.”