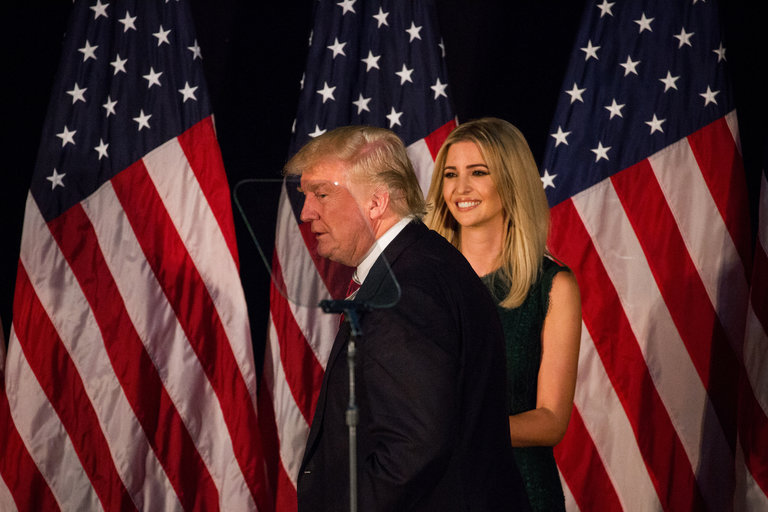 Photos of the beautiful Ivanka are about the only good thing the rise of Trump has brought. Everything else is a nightmare, including the pathetically obvious efforts to avoid any real divestiture of assets. It’s “conflict of interest” heaven, and shame on people like Jamie Gorelick who aid and abet them.

“Critics say these moves are superficial changes that, without full divestiture, will not prevent the family from benefiting financially from Trump’s presidency.

For instance, Ivanka Trump’s presence in the White House could still boost sales of her apparel business.

“This will do nothing to address the underlying conflict-of-interest issues,” Weissman said.

“Those conflicts are related to the ownership interests. They will be still profiting. This does little more than marginally affecting the optics.” “

Source: As Trump Heads to White House, His Face Recedes From Other Properties – The New York Times