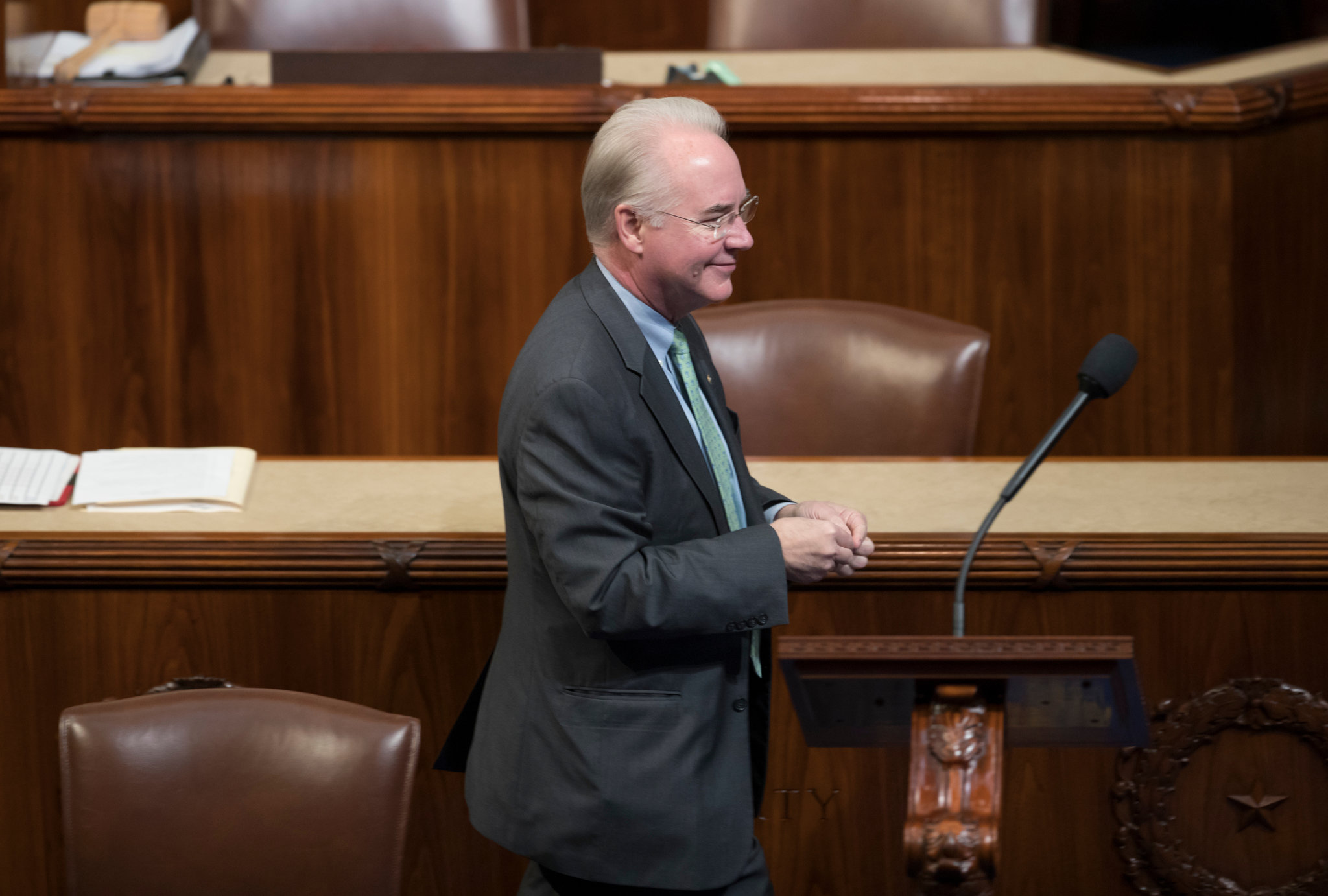 Of the many dirtbags Trump has tapped for his Cabinet, perhaps the worst is Tom Price for Health and Human Services.

but plenty of paper profits for Price and his sleazy DC RPB buddies.

“Despite its unremarkable profile, Innate has some surprisingly influential boosters in Washington.

The congressional liaison to Trump’s transition team, NY RPB Rep. Chris Collins is the company’s largest shareholder and sits on the board.

According to congressional financial disclosures, Rep. Tom Price of Georgia, Trump’s nominee to be secretary of health and human services,

Other Washington power players with investments in the company include

Michael Hook, Collins’s chief of staff, who is a top shareholder, and

Bill Paxon, a Washington lobbyist and former congressman, according to company filings and congressional financial disclosures.

Last summer, Price, Hook and Paxon BOUGHT THE STOCK AT A DISCOUNT

AS PART OF A PRIVATE OFFERING organized by Innate aimed at “sophisticated U.S. investors.”

They have SINCE QUINTUPLED THEIR MONEY — at least on paper.

Price’s investments in health care companies, including Innate, are almost certain to be a focus of questioning during his confirmation hearings next week” —

if the pathetic Senate Democrats can manage to actually do anything …