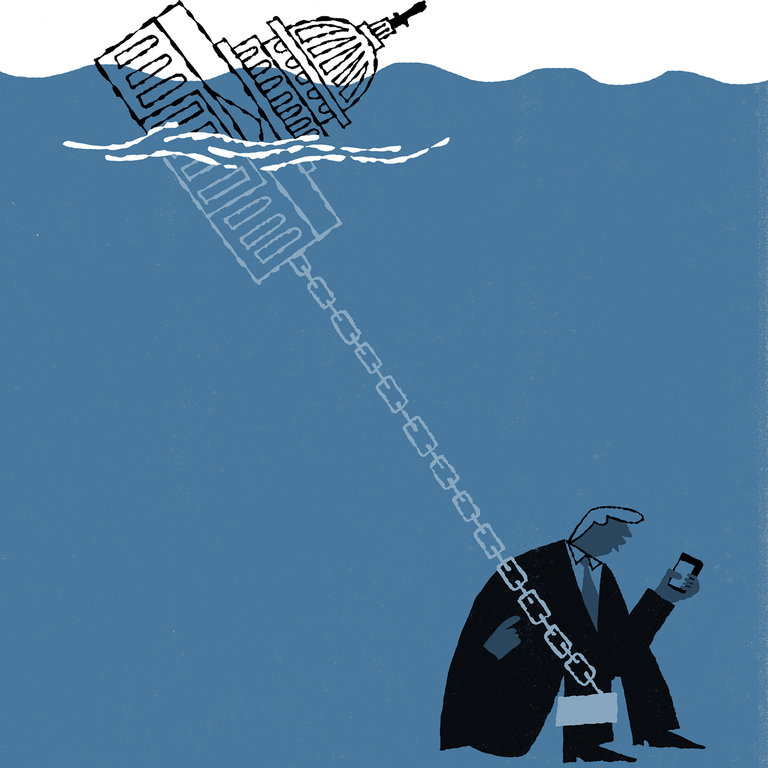 “They should demand Sessions appoint an independent special counsel to investigate Trump’s possible collusion with the Kremlin. They must establish a bipartisan special select committee with subpoena power. This job is too big and significant for standing committees, which have critical tasks and limited staff. The nation must have accountability — including public hearings where possible. After their grand bargain to back Trump’s Moscow-assisted victory, Congressional RPBs are now responsible for protecting the nation from its dangers.”

According to reports this week, Trump’s team maintained frequent contact with Russian officials, including senior intelligence officers, during the campaign.

This led to concerns about possible collusion with one of America’s principal strategic adversaries as it tried to influence the election in Trump’s favor.

after details of his communications with the Russian ambassador emerged.

now bear the most responsibility

for holding the president accountable

and protecting the nation.

They can’t say they didn’t see the Russian interference coming.

They knew all along.

and returned full of praise for its fight for independence

in spite of Russia’s efforts to destabilize the country and annex some of its regions.

And in June, coincidentally just before Trump announced his campaign for the Republican nomination,

they met with Ukraine’s prime minister in Washington —

one of many meetings I attended as a senior aide to the House Republican Conference.

As the presidential race wore on, some of those leaders began to see parallels between Russia’s disinformation operations in Ukraine and Europe and its activities in the United States.

They were alarmed by the Kremlin-backed cable network RT America,

which was running stories intended, they judged, to undermine Americans’ trust in democratic institutions and promote Trump’s candidacy.

Deeply unsettled, the leaders discussed these concerns privately on several occasions I witnessed … … …

Some also questioned Trump’s attacks on Hispanics, Muslims, women and people with disabilities, or his positions on entitlement reform, discretionary spending and national security.

Others were unnerved by his volatile temperament, egoism and authoritarian tendencies.

In public, they occasionally offered light criticism of Trump’s most objectionable comments,

but mostly remained silent for fear of antagonizing his supporters.

In December 2015, on “Morning Joe,” Trump said of Putin, “He’s running his country and at least he’s a leader, unlike what we have in this country.”

He also equated Putin’s murderous regime with the American government:

“Our country does plenty of killing, also” — a remark he has repeated as president.

one senior Republican leader to dolefully inform his peers that

he thought Trump was on the Kremlin’s payroll,

suggesting that Trump had been compromised by Russian intelligence.

Other leaders were surprised by their colleague’s frank assessment — but did not dispute it.

Eventually, one by one, they all committed to supporting Trump, often simply saying they would support the nominee, conspicuously avoiding uttering Trump’s name.

In a fascinating political metamorphosis, some even found reason to be excited about Trump.

They were understandably anxious to win back the White House to advance policy priorities and appoint conservative Supreme Court justices.

Some believed that, despite his faults, Trump could bring the dramatic disruption they thought Washington needed.

Others saw career opportunities in supporting Trump, who had yet to select a running mate and, if elected, would also make cabinet appointments.

Shockingly, some of the leaders most concerned about Russian subversion and Trump’s possible compromise

were his first and most vocal supporters among congressional leaders — some publicly, some privately.

It was an inauspicious trade of national security for political self-preservation and partisan ambition.

Flynn has become the third Trump team member to step down over Russia-related issues,

This plotline is unlikely to improve of its own accord,

and America’s security is now at stake.

For Republican leaders in Congress, there is no more room for cognitive dissonance.

Instead, it is urgent that they recommit to patriotic prudence.

They should demand that Attorney General Jeff Sessions

and Trump’s possible collusion with the Kremlin.

At a minimum, they must establish a bipartisan special select committee with subpoena power in the House or the Senate for the same purpose.

This job is too big and significant to be entrusted to the standing intelligence committees, which have critical tasks and limited staff.

The nation must have accountability — including public hearings where possible — on these matters.

After their grand bargain to back Trump’s Moscow-assisted victory,

congressional Republicans are now responsible for protecting the nation from its dangers.”

Source: A Party to the Russian Connection – The New York Times