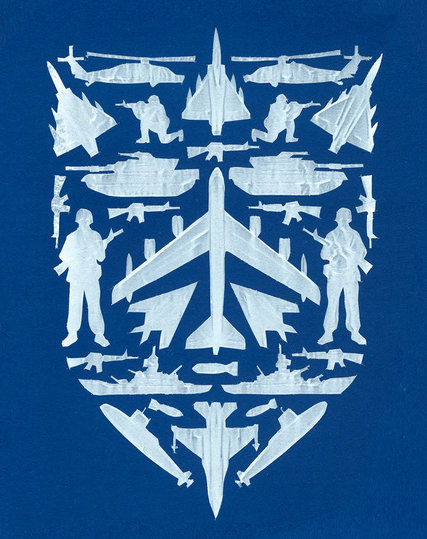 “Trump has suggested the US might not come to the aid of NATO members that have not met what it sees as their financial obligations. His defense secretary now seems to be saying the same thing. This is disheartening. Putting conditions on US support for an ally under attack is a blatant departure from the core commitment of all NATO allies. It is egregious at a time when the alliance is again facing an assertive and aggressive Russia, and especially worrisome given Trump’s possible links to Moscow.”

US Defense Secretary Jim Mattis has so far been the only visible grown-up in the Trump security “apparatus” — at least relatively speaking.

“Dear Leader” continues to upset adversaries and allies almost every time he opens his mouth.

and Trump seems unable to find any reasonable candidates to succeed him,

while Secretary of State Rex Tillerson bizarrely continues to be missing in action and / or hiding in plain sight.

So it’s not saying much that Mattis seems to be the only adult in the “situation room,”

but it was enough for him to have jetted off to South Korea and Japan on an only semi-successful reassurance mission as soon as he was confirmed.

Unfortunately, his next trip — to the NATO Defense Ministers meeting last week in Brussels —

doesn’t seem to have been even semi-successful, as this New York Times editorial sadly and correctly observes …

“For many years now, successive American administrations have made no secret of their frustration with how little most NATO allies spend on their militaries,

leaving the United States with a disproportionately large share of the bill for the joint defense.

Jim Mattis, the new secretary of defense, recently expressed much the same frustration in remarks delivered in Brussels.

It’s a message the other 27 members of the alliance should pay careful attention to.

But Mattis went further, warning that unless the allies paid up, America might reduce its commitment.

This part of his speech — in which he echoed his boss, President Trump —

These are fraught times for the Western alliance,

which even after the Cold War remains a critical unifying bond among the democracies of North America and Europe,

and whose members have worked together to confront terrorism in Afghanistan and promote stability in several Middle Eastern countries.

Trump has called NATO “obsolete” for not confronting terrorism and

that have not met their financial obligations.

And now his defense secretary seems to be saying the same thing.

the core commitment of all NATO allies to come to the assistance of any member facing armed aggression.

It is egregious at a time when the alliance is again facing an assertive and aggressive Russia,

and especially worrisome given the questions over Trump’s possible links to Moscow.

And it is surprising coming from Mattis, a former Marine Corps general who held high military commands in the United States and in NATO and

who has a far clearer notion than his boss of the importance and role of NATO.

the alliance is essential to American security and

that Washington has not changed its attitude toward Russia.

Some time ago the allies agreed that this means each member should spend at least 2% of gross domestic product on the military.

The US currently spends 3.61%, or $664 billion last year, although that figure includes American commitments in Asia and elsewhere.

The only NATO members that meet the 2 percent benchmark are Britain, Poland, Estonia and Greece.

Germany, by contrast, spends 1.1 percent; France 1.7 percent; and others even less.

The laggards could at least meet their minimum obligations, and others could do more.

But unity also means a shared sense of purpose aimed at a common defense.

Washington needs to do a lot more to convince NATO allies —

especially those on Russia’s periphery, like the Baltic nations and former Soviet satellites in Eastern Europe —

that America has their back.

Perhaps by the time Trump visits NATO in May he will have it right,

and the alliance will once again present a unified front to Vladimir Putin and Islamist radicals.”

But that doesn’t seem at all likely.