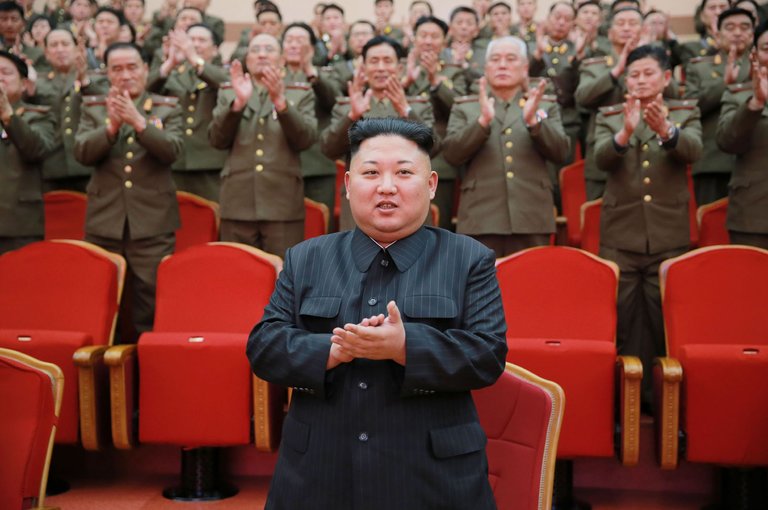 The criticism focused on the decision to suspend coal imports from North Korea, which depends on China for 90% of its external trade. “Its recent measures are, in effect, tantamount to the enemies’ moves to bring down the social system in the DPRK,” using the acronym for North Korea’s official name, Democratic People’s Republic of Korea. “This country, styling itself a big power, is dancing to the tune of the U.S.” Analysts see China’s move as a warning to North Korea, and a deft move to blunt US criticism it isn’t doing enough to enforce sanctions.

accusing its powerful Communist neighbor of “mean behavior” and “dancing to the tune of the U.S.”

did not name China and was written by a writer named Jong Phil.

While it was not a formal government statement, commentators in North Korea do not depart from the government’s official position.

Jong left no doubt about his target, referring to “a neighboring country, which often claims itself to be a ‘friendly neighbor.’”

The commentary came five days after China announced it was suspending all coal imports from North Korea for the rest of the year.

China said the ban was part of its efforts to enforce UN sanctions aimed at ending the North’s nuclear weapons and ballistic-missile programs.

“Its recent measures are, in effect, tantamount to the enemies’ moves to bring down the social system in the DPRK,”

“This country, styling itself a big power, is dancing to the tune of the U.S.”

China imposed the coal ban after the North Korean test of a ballistic missile that the UN Security Council condemned as a violation of its resolutions.

The ban deprived North Korea of one of its most important sources of hard currency.

Coal accounted for nearly 40% of its exports in the past several years,

and almost all of it was shipped to China,

according to South Korean government estimates.

Informed analysts remain skeptical about China’s willingness to use its economic leverage.

China and North Korea share a deep bond forged decades ago when their Communist leaders fought together.

and that it considers the country a vital buffer against the US military based in South Korea.

They tend to see China’s suspension of coal imports as a warning to North Korea,

and as a deft move to blunt Washington’s criticism that it was not doing enough to enforce sanctions.

China insists the US engage the North in negotiations to solve the nuclear problem.

Some US and South Korean officials argue Beijing should use its economic influence to force the North to suspend its weapons programs.

While pushing for ever tighter sanctions, these officials have suggested that

Beijing was losing patience with the North Korean regime over its continued tests of nuclear weapons and ballistic missiles.

But, on Wednesday, an editorial in the state-controlled Global Times of China said that

“Chinese sanctions only target at its nuclear weapon program,

and we are firmly opposed to Seoul’s political fantasy against Pyongyang,” it said.

For its part, North Korea maintained a defiant tone.

the North would stop building its “nuclear weapons and intercontinental ballistic rockets if a few pennies of money is cut off.””