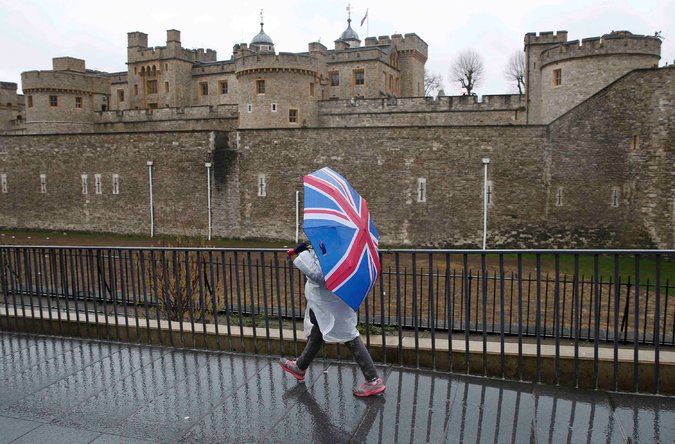 May’s speech shows UK seeking Brexit “resolution” EU leadership has already rejected. She wants to “cherry-pick” but they say it’s a total package. British biz & finance leaders correctly fear Brexit will be fatal for UK economy – but no clear idea how to “walk back” a nationwide referendum

She correctly opposed the self-destructive movement for Britain to leave the EU, aka Brexit.

But when the Conservative party leaders who were for it, notably Boris Johnson, realized they had created a lose-lose situation with no way out,

they refused to accept leadership in a government that had to negotiate the withdrawal for which they had so militantly and fraudulently campaigned.

Perhaps May thought it was her only chance to become Prime Minister, so she stepped up.

Or, rather, stepped INTO a steaming pile of political economic dung that will only end up tarnishing her reputation,

in the exact same way the Brexit referendum destroyed the career of her predecessor who foolishly proposed it, David Cameron.

Her “long-awaited” speech about Brexit was a complete bust.

Behind the anodyne slogans about Britain being “a great global trading nation” that would “always” “welcome” immigration,

her explicit rejection of the core EU “four freedoms” of movement for goods / capital / services / and above all, people

means there’s no way the UK can come out of any negotiations in good economic shape — no way at all.

Her sad — but doomed — attempt to “square the Brexit circle” left UK business and finance leaders circumspect at best,

although they should have realized long ago that the decision to leave would irreparably damage the British economy.

“Kallum Pickering, senior Britain economist at Berenberg Bank in London, was blunt, writing in an analysis that

“as we do not expect the E.U. to compromise its principles, the U.K. is set to face significant economic consequences from Brexit” …

referring to a system that allowed banks based in Britain to offer financial services throughout the bloc.

“This follows from the U.K. raising some modest barriers to migration from the E.U.”

Few analysts expect the negotiations to go as smoothly or as quickly as May seemed to say in her speech.

In recognition of the troubles that may lie ahead, Mark Boleat, the policy chairman for the City of London Corporation, the heart of Britain’s financial services industry,

urged May to swiftly secure a transition deal that would provide the certainty that businesses crave.

Charles Brasted, a partner at Hogan Lovells, an international law firm, cautioned that the deal May wanted was likely to be seen by the European Union as

“precisely the cherry picking that they have warned against.”

He added: “The objectives are now clear. The path towards them is uncharted” …”