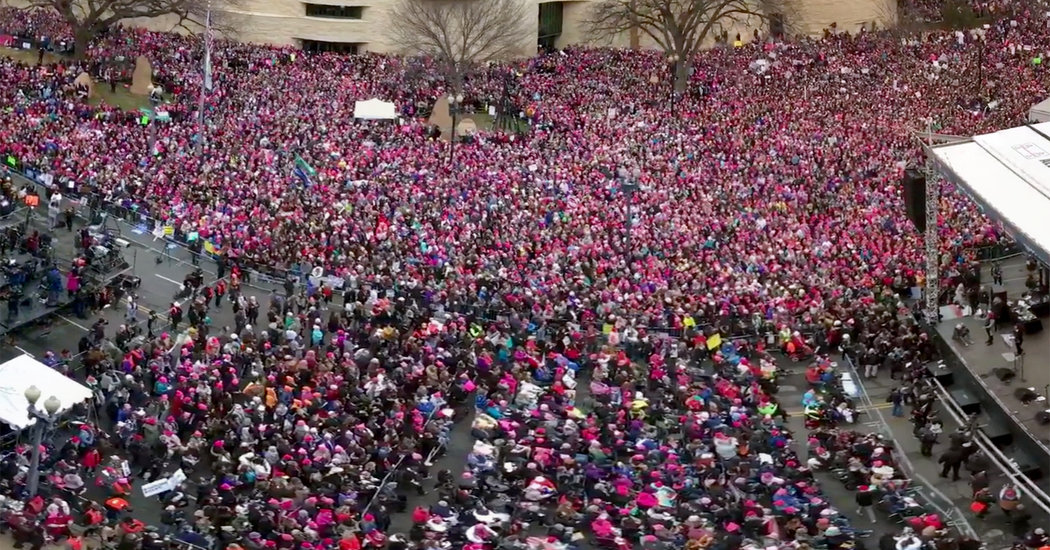 Using aerial footage and photographs from various angles, analysts isolated areas with an average density of 2.5 people per square meter, the same method used at Trump’s inauguration the day before

The women’s march in Washington was roughly three times the size of the audience at President Trump’s inauguration, crowd counting experts said Saturday.

Marcel Altenburg and Keith Still, crowd scientists at Manchester Metropolitan University in Britain, analyzed photographs and video taken of the National Mall and vicinity and

estimated that there were about 160,000 people in those areas in the hour leading up to Trump’s speech Friday.

They estimated that at least 470,000 people were at the women’s march in Washington in the areas on and near the mall at about 2 p.m. Saturday.

The two images below show the crowds when they were at their peak density at the two events. 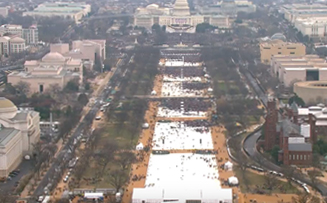 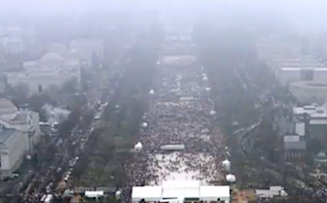 The estimates are not comprehensive counts and were necessarily limited by the availability of photographs and video that covered the areas of interest.

But their estimate was in line with one given by a city official who said that march participation likely surpassed half a million, according to The Associated Press.

A Metro official said that more than a million rail trips were taken Saturday,

the second-highest day in its history after Barack Obama’s first inauguration in 2009.

The scientists had better images for the analysis of Trump’s inauguration crowd, which was concentrated on the mall.

In addition to wide-angle images, the scientists made use of news images that provided closer views of the crowds,

which allowed them to calculate the density of specific areas more precisely.

the analysts isolated areas with an average density of 2.5 people per square meter,

the same method used at Trump’s inauguration the day before …

“There is a scientific explanation why the crowd size must have appeared to Trump in 2017 similar or even larger than to Obama in 2009,” said Altenburg, one of the crowd scientists.

The scientists said Trump would only have seen the tightly packed front third of the crowd, but not the back two-thirds, from his position at the podium.

To make their estimates, they monitored seven live feeds all day, including those from perspectives that someone at the podium would not have been able to perceive …”