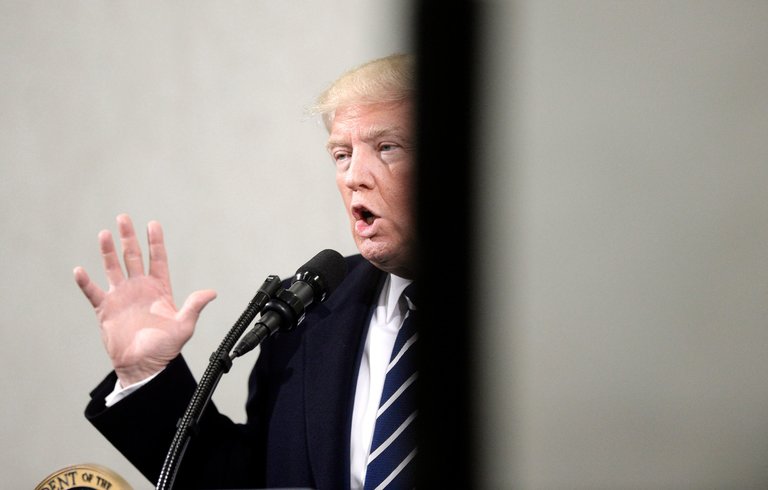 Former CIA Analyst: “My friend did not make the ultimate sacrifice so this president could have a self-aggrandizing photo op”

From the moment the video surfaced, you could sense there was something weird about Trump’s appearance in front of the CIA “Memorial Wall” the day after his sparsely-attended Inauguration.

This piece by a former CIA analyst and senior intelligence officer at the National Counterterrorism Center gives an indication of how it looked to at least one person familiar with the territory.

“On Saturday, the president and commander in chief of the United States stood in front of the C.I.A. Memorial Wall —

and cracked jokes, made thinly veiled threats and disrespected many Americans.

While many were stunned by President Trump’s remarks, it’s personal for me.

My friend is represented by the 81st star on the Memorial Wall, which served as the background of Mr. Trump’s publicity stunt.

He and the other 116 fallen colleagues did not put their lives on the line to serve as a sound bite for this president’s never-ending campaign stump speech.

Few things are sacred in our government.

Even fewer command equal respect from people on both sides of the aisle.

The C.I.A. Memorial Wall is one of those things …

In Mr. Trump’s rambling, 15-minute speech, he made only one reference to the memorial, saying, “The wall behind me is very, very special,”

before pivoting to his familiar mode of narcissistic diatribe, peppered with the occasional misplaced joke.

He used my former agency to advance his own delusional vision of grandeur.

When I see our president use a wall that symbolizes the ultimate sacrifice as a backdrop for his vanity,

I cannot play down its seriousness.

“Probably almost everybody in this room voted for me, but I will not ask you to raise your hands if you did” —

There is a tradition of presidents speaking to the C.I.A. staff during difficult times, when morale is low or officers have concerns about administration policies.

Past presidents have paid homage to the sacrifices of those who work behind a veil of secrecy without public accolades.

When they visit, they speak with humility and appreciation, and they do not speak about themselves.

They encourage, they inspire and they thank.

And they do not invite the press …

In my years of service, and since, I never imagined that it would be the president himself who would denigrate our very institutions and those who serve faithfully.

Mr. Trump’s speech on Saturday was, for me, a terrifying display of the dangerous way in which he will govern.

It also showed his complete disregard for the very people we rely on to keep us safe, including my friend Gregg Wenzel.”

Yaël Eisenstat, a political and security consultant, was a C.I.A analyst, a special adviser on national security to Vice President Joseph R. Biden Jr. and a senior intelligence officer at the National Counterterrorism Center.