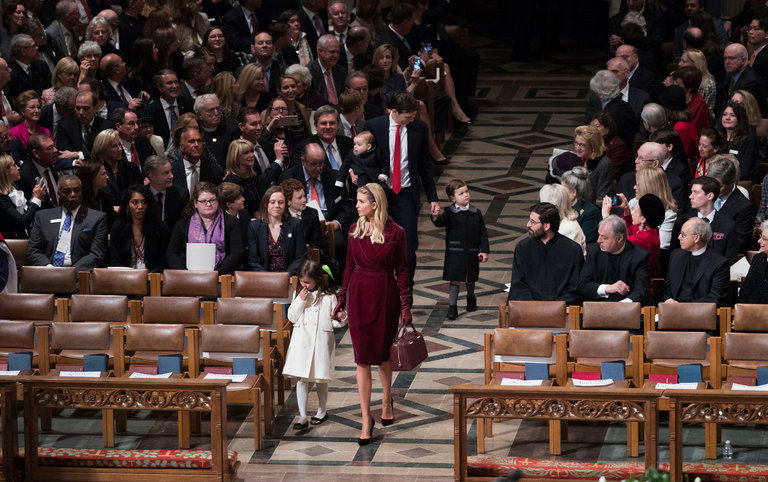 A video of Ivanka Trump’s daughter, Arabella, singing a New Year’s song in Mandarin has gone viral on social media in China. If there’s any chance a war between Trump & Tillerson – aka TNT – and China can be avoided, this will definitely be a positive factor. Chinese people are genuinely impressed and touched by Westerners who make an effort to learn their history and culture.

As someone who has been a student of Chinese history / politics / culture for decades, and lived in Shanghai for more than two years,

created either by technology or self-destructive policy choices that country had nothing to do with,

eg, derivatives like the mortgage-based securities that screwed up the US housing market and STILL haven’t been addressed, let alone solved, by our “dear leaders.”

Of course, Trump & Tillerson – aka TNT – have lost no time in taking an already difficult relationship and making it much much worse, as this website has frequently noted.

Into this sad and frightening encounter, the news that Trump’s granddaughter Arabella has been studying Chinese —

comes as a rare and welcome bit of positive news.

As noted below, while some Chinese are skeptical, the vast majority of social media response has been overwhelmingly positive.

This does not surprise me.

Chinese people are very used to Westerners — like myself — who come there but can’t speak more than a few phrases of the language.

So they are genuinely touched by the efforts of those “laowai” who DO make an effort.

Credit Trump’s daughter Ivanka and her husband Jared Kushner for making sure their daughter is learning about Chinese language and culture.

In the end, it probably won’t be enough to off-set the damage that TNT have already done to the US / China relationship,

but it certainly can’t hurt.

And who knows — it may actually provide, at some point down the road,

a way to walk back the seemingly inevitable slide towards war in which East Asia currently finds itself.

“President Trump may not be known for his diplomacy, but someone in his family appears to be picking up the slack.

That would be Arabella, his 5-year-old granddaughter.

A video of her singing “Happy New Year” in Chinese has gone viral on social media in China.

Arabella has been taking Chinese lessons.

“Arabella singing a song she learned for #ChineseNewYear. Wishing everyone an amazing year to come during these days of celebration,”

Arabella appeared in a black cardigan with ornate pockets and skinny black pants, and she played with a Chinese marionette as she sang.

Some of them said they much preferred her to her grandfather,

who has stirred the Chinese-American relationship over Taiwan and the South China Sea, among other things.

“The granddaughter is much more sensible,” said one.

Another Weibo user noted, “Her Mandarin is perfect.”

Some people were more critical: “So you want to get the Chinese off your back with just this song?”

However, this was not Arabella’s first diplomatic coup this week.

Last Wednesday evening, she and her mother turned up at a New Year’s reception at the Chinese Embassy in Washington.

A beaming Chinese ambassador, Cui Tiankai, escorted the pair around the party,

as Arabella, decked out in red dress with a big bow at her neck, played with Chinese traditional arts that were on display.

China’s official broadcaster, CCTV, showed the mother-and-daughter team at the reception on its prime-time news broadcast on Thursday.

“Her appearance at the Chinese Embassy, endowed with a certain political and diplomatic significance, could be invigorating to the China-U.S. relationship,”

the paper said of Ms. Trump’s embassy visit, with Arabella in tow.”