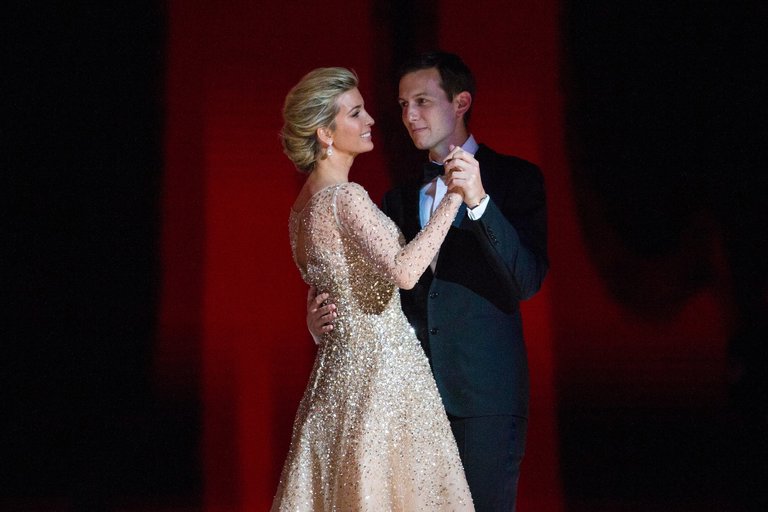 The only reason not to impeach Trump right away is that, at this time, he would be succeeded by either Mike Pence or Paul Ryan — both of whom share his hatred of poor people and non-white non-Christian immigrants, but are also enthusiastic advocates of the Christian right’s socially repressive agenda. His daughter Ivanka and son-in-law Jared Kushner apparently persuaded him to reject a draft executive order that would have rescinded protections for the LGBTQ community.

After two weeks of Trump madness, a lot of people are getting desperate, and understandably so.

Their latest source of hope is the fact that, apparently, more than 60,000 visas were voided and then destroyed by someone on someone else’s order.

Is that an impeachable offense ???

If true, one would say sure — a lot more so than being orally serviced by a White House intern.

But let’s be blunt — an impeachment will happen if and only if a large group of Congressional Republicans want Trump out of office.

Now that could happen, and for any variety of reasons.

That, however, in turn begs a much larger question:

What would be the point of impeaching Trump — given that the office-holders next in line are Mike Pence and Paul Ryan ???

As the story below makes clear, there are real ways in which —

the mainstream, ie right-wing, Republicans are much worse than he is.

The argument is simple:

Trump is allied with mainstream RPBs on the key economic issues —

letting corporations do whatever they want, while giving them immense tax breaks as they’re doing it —

and a pugnacious hostility towards non-white / non-Christian people —

whether they’re within the country’s borders or outside it.

The only place Trump differs slightly from mainstream RPBs is re some socio-cultural issues like how much gay people should be oppressed ???

There’s little doubt a raging hetero like Trump has made plenty of fag jokes in his life,

but he’s also from New York City, and has spent most of his “adult” life among the glitterati,

where acceptance of different sexual lifestyles and gender orientations is part of being “sophisticated”.

As this story from the New York Times indicates, this mean that, in at least one significant area,

Trump is not completely devoid of humanity,

the way he is when it comes to poor and working people, and immigrants of color.

If Pence or Ryan were ever to become president, the war on poor people and non-Euro immigrants would continue —

only added to it would be a revival of the pogroms of the Karl Rove era,

against gays and anyone else who deviates from the Christian right view of what’s normal.

that would have scrapped Obama-era L.G.B.T. protections, according to people familiar with the issue.

A third, Gary D. Cohn, the chairman of the president’s National Economic Council —

privately told aides to the president that he was disturbed it was even being considered.

The executive order has exposed what is likely to be a persistent schism in Trump’s paradoxical presidency:

He is a cosmopolitan New Yorker who has long operated in an environment where sexual orientation is often an afterthought,

but is nonetheless beholden to the social conservatives who backed him overwhelmingly in 2016,

despite reports of his crudeness and sexual misdeeds.

Kushner, a lifelong Democrat, and Ms. Trump, an independent, travel in liberal social circles and have long supported L.G.B.T. rights.

Neither had seen the order before details were leaked.

They expressed their dissatisfaction to Trump’s other advisers, and then weighed in directly with the president,

who opposes same-sex marriage but has spoken out against discrimination.

On Monday night, reports had swirled that Trump would sign some version of the rollback

as a concession to social conservatives ahead of the president’s announcement of a United States Supreme Court nominee.

As a result, White House officials pushed out a statement asserting that

Trump “is determined to protect the rights of all Americans, including the L.G.B.T.Q. community,”

adding that the president “continues to be respectful and supportive of L.G.B.T.Q. rights, just as he was throughout the election.”

was one of about 250 edicts that have been sent to federal agencies for vetting.

Trump never seriously considered signing the order, and did not need much convincing, people close to him said.

Still, conservatives inside the Trump camp pressured the president to consider a version of a “religious freedom” measure,

similar to one supported by Pence in 2015 while he was the governor of Indiana,

according to two senior administration officials.

Pence, however, did not personally push for the White House order, according to one of his allies, [ if you believe that ].

Kushner and Ms. Trump’s opposition to the draft was first reported by Politico.

that it will scale back on featuring Ms. Trump’s clothing line from its stores,

a public blow to a brand she has spent years cultivating.

A day after the White House quashed the religious freedom order,

at the National Prayer Breakfast in Washington, Trump offered religious conservatives an olive branch by

Some conservative leaders warned Trump that his decision to retain former President Barack Obama’s order on L.G.B.T. rights could have far-reaching political implications.

“Our base would want to know who is responsible for what we believe is an issue of religious liberty — that would be of concern to us,”

“We have been consistent,” Vander Plaats added.

But on this one, our base is wondering why Obama’s executive order would be allowed to stand?”

Tony Perkins, the president of the conservative Family Research Council,

backed the draft order and said he believed Trump’s opposition was ONLY TEMPORARY.

He pointed out that evangelicals were supportive of Trump during the campaign,

and that there would need to be reconciliation between his support for religious liberty and his decision to uphold the L.G.B.T. order.

“He gets it,” Perkins said of the president.

“They will have to fix it and they will. I’m confident they will.

as long as, in the interim, a way has been devised to impeach both Pence and Ryan at the same time …