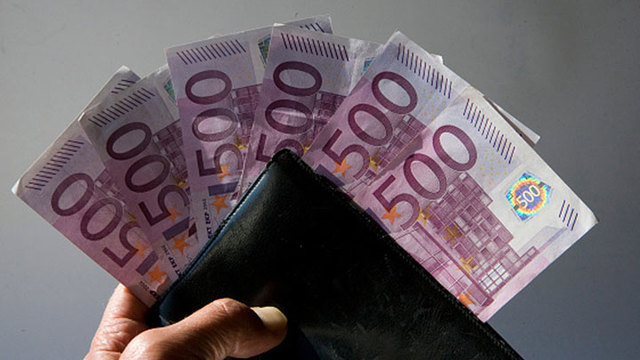 Chancellor Angela Merkel rejected an accusation by a top Trump trade adviser, Peter Navarro, that Germany is gaming foreign-exchange markets to promote its exports. European leaders are trying to grapple with the unpredictable new US administration.

“As European leaders grapple with the new U.S. administration,

Germany is gaming foreign-exchange markets to promote its exports.

Peter Navarro, the head of the White House National Trade Council, told the Financial Times that

Germany’s excessive trade surplus is a sign of a “grossly undervalued” currency.

Merkel pushed back, saying the euro’s exchange rate was the province of the European Central Bank and that

the German government has long upheld the ECB’s independence.

“We won’t exercise any influence over the European Central Bank,

so I can’t and I don’t want to change the situation as it is now,”

“We strive to trade on the global market with competitive products in fair trade with all others.”

The spat underscores growing angst in the European Union about the direction of U.S. policy on

trade, migration, the integrity of the EU and support for decades of trans-Atlantic economic and defense ties.

With U.S. officials seeking to drive a wedge between EU nations,

the bloc’s president, Donald Tusk, placed the U.S. alongside Russia, China and terrorism as a source of instability.

“The change in Washington puts the European Union in a difficult situation,

with the new administration seeming to put into question the last 70 years of American foreign policy,”

Tusk said in a letter to European government leaders on Tuesday ahead of an EU summit on Feb. 3.

Anxiety about Trump is also apparent in the U.K.,

where more than 1.5 million people signed a petition to Parliament calling for Trump to be denied a state visit

after he ordered restrictions on immigration from seven mostly Muslim countries.

Navarro’s broadside is an implicit challenge to Merkel,

who is campaigning for a fourth term,

while presiding over the Group of 20 countries this year on a platform of free trade.

She plans to host Trump at a G-20 summit in July, two months before Germany’s election.

While an attack on the exchange rate adds a new dimension,

Germany’s trade imbalance has been criticized for years

Accused of holding back economic recovery in the 19-member currency union,

as a product of competitive might, while criticizing the ECB for record-low rates.

“We Germans would be the last to oppose the ECB changing its monetary policy in a way that pushes up the euro.”

As the U.S. administration seeks bilateral trade arrangements at the expense of multilateral deals,

Navarro said Germany’s advantageous trade position within the EU was

a main reason for the demise of a U.S.-EU trade accord, known as the Trans-Atlantic Trade and Investment Partnership.

Germany “continues to exploit other countries in the EU as well as the U.S.

with an ‘implicit Deutsche Mark’ that is grossly undervalued,” he was quoted as saying.

expressed in an interview with European newspapers days before his inauguration —

that the EU is “basically a vehicle for Germany.”

Trump went on to predict the EU’s possible disintegration

as other member states would follow the U.K.’s exit,

an outcome he has advocated.

Henrik Enderlein, a professor of political economy at the Hertie School of Governance in Berlin, said on Twitter that

Navarro “hasn’t understood the euro or this is a serious conspiracy accusation.”

he had predicted to ECB President Mario Draghi that

if the central bank began flooding the market with liquidity,

Germany’s surplus would expand and the country would be criticized again.

“That’s my only demand: Please don’t criticize the German surplus because it is caused by a euro exchange rate,”

Schaeuble said in an interview with Bloomberg at the World Economic Forum in Davos, Switzerland, on Jan. 19.”

Source: Trans-Atlantic Mood Worsens as Merkel Stands Up to Trump on Euro – Bloomberg