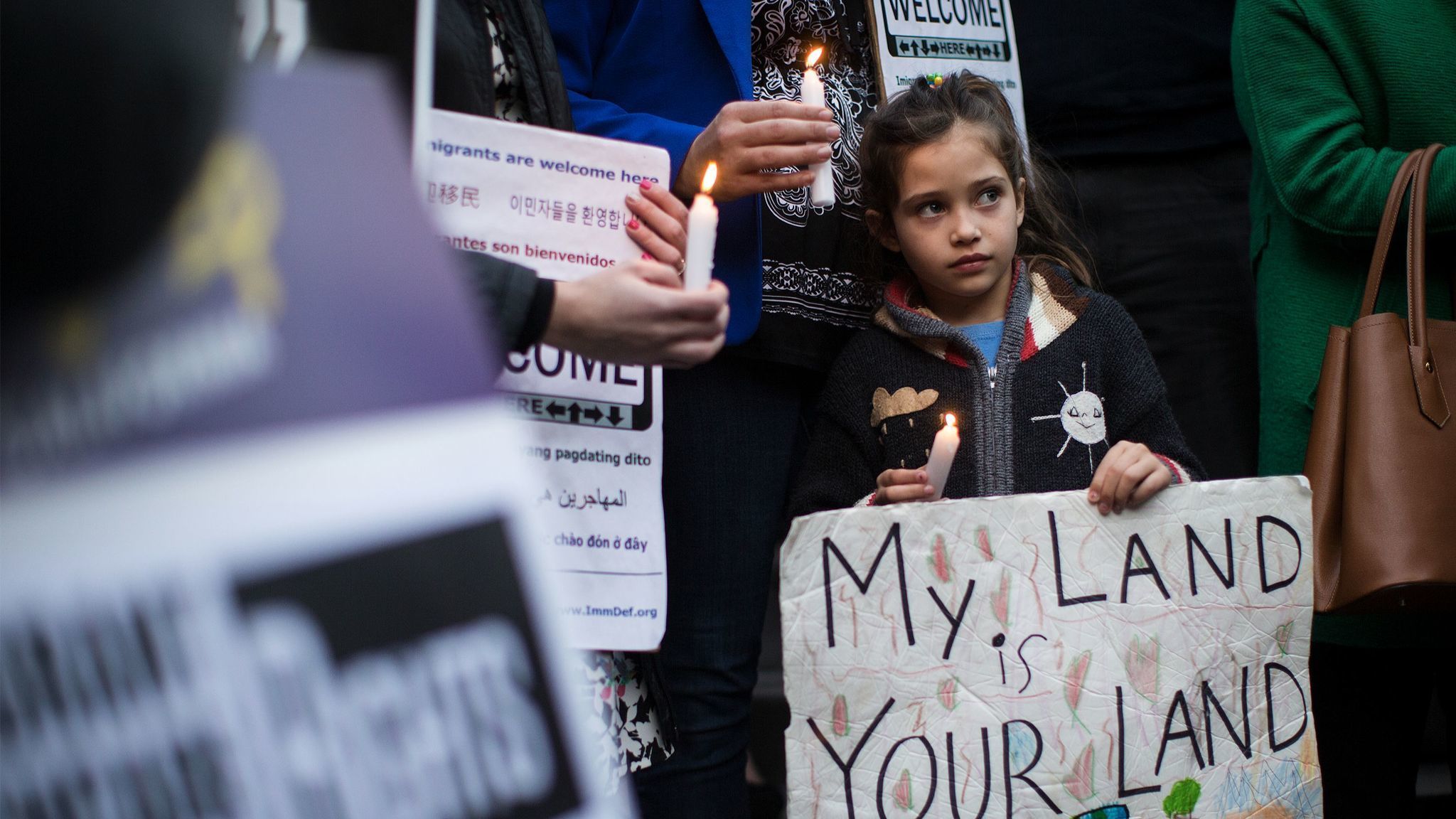 Between his executive orders on immigration and the investigation he wants into voter fraud, President Trump had a clear target: California.

Between his executive orders on immigration and the investigation he wants into voter fraud,

stemming from Trump’s belief that he lost the popular vote due to “illegals” taking part in November’s election.

punish jurisdictions that offer sanctuary to those without proper papers—

who favored golf in the Palm Springs area and fundraisers in the tony reaches of Southern California and the Bay Area.

Although California, a wealthy state, has long sent more money to Washington in taxes than it receives back,

its accounts swelled with federal money during the Obama administration.

All told about $105 billion in federal funds are included in the state government’s 2017-18 budget,

according to the state Department of Finance.

Now California faces a president who doesn’t seem terribly fond of the place and has the power to make it suffer.

“He could have a tremendous impact — probably no state is as much at risk as California,”

speaking of the whole range of federal dollars that could be stripped from California if Trump enacts his preferred policies.

“This is a president who is not above being very punitive for perceived slights.

And so you could easily foresee him trying to reward states that are with him and punish states that weren’t.”

Indeed, that was the undercurrent when White House spokesman Sean Spicer talked to reporters

about a voting fraud investigation Trump had announced on Twitter …

Spicer alluded to California after a reporter pointed out that the president’s lawyers,

in a legal filing in a case involving requested recounts in the upper Midwest,

said the election had not been tainted by fraud.

“There’s a lot of states that we didn’t compete in where that’s not necessarily the case,” Spicer said.

“You look at California and New York … A lot of these issues could have occurred in bigger states; that’s where I think we are going to look.”

What did those two states have in common?

They were the two biggest states to side with Hillary Clinton.

Florida and Texas, both of which cast more ballots than New York, went unmentioned.

So did Pennsylvania, where before the election Trump preemptively blamed an anticipated loss on voter fraud in Philadelphia,

which has a sizable African American population.

All three states went to Trump.

because Trump hadn’t competed there before his landslide defeats in both places.

But Clinton also spent little time campaigning in California and New York for the same reason:

They were guaranteed to go Democratic.

There was an even bigger logic problem:

Anyone seeking to steal the election would have done so in the handful of states that determined the outcome,

not in two where the results were preordained.

A more believable rationale rested on Trump’s anger at losing the popular vote:

The only way he can diminish Clinton’s victory on that score is to cast doubt on the results in the big states she won.

California elections officials say that they have looked for fraud and

found nothing like the widespread problem Trump believes occurred.

taking a jackhammer to the foundation of our democracy,”

Secretary of State Alex Padilla said in a statement.

“They are corrosive lies without any evidence.”

The potential fallout from any investigation into voting may be dwarfed, however, by the impact of Trump’s immigration rules,

which the president announced last week and expanded on over the weekend.

Trump promised to increase the number of immigrants targeted for deportation;

while he has said his priority will be criminals,

his plan includes those who have been charged but not convicted.

and threatened to withhold federal funds from places that “willfully refuse to comply.”

By that, the plan means “sanctuary” locations,

which could include Los Angeles, San Francisco and dozens of other cities in California,

depending on how broadly the administration chooses to define the term.

By some definitions, the entire state counts as a sanctuary zone.

What the punishment would be is unclear.

Los Angeles is to receive about $500 million this fiscal year from the federal government.

It is not known whether only security-related funds would be cut if the city declined to cooperate;

the president’s executive order leaves open the possibility that

all federal money could vanish.

In Sacramento, officials aren’t expecting that all of the federal government’s $105 billion would be pulled,

but any substantial drop would pose a problem.

The order has law enforcement complications, too:

because it inhibits their ability to get helpful information from immigrant communities.

To state officials, the feuding between Trump and California boils down to this:

The state could be under investigation for election failures for which there is no evidence,

and which are denied by Democratic and Republican election officials.

And the state may be punished for how it chose to respond to the federal government’s decades-long inability to secure the border.

Trump, in remarks in which he also announced the planned construction of a wall on the Mexican border, said that

“When it comes to public safety, there is no place for politics,” he added.

But it was certainly in the air.”

Source: Trump versus California: The feud turns from rhetorical to real – LA Times