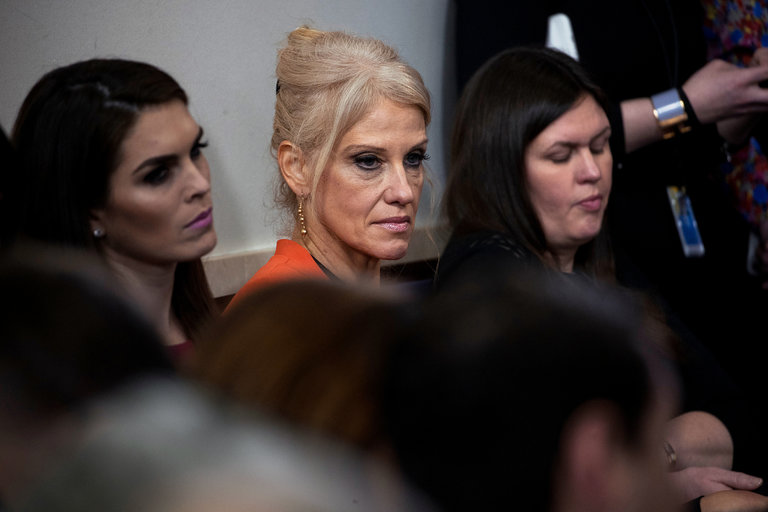 Trump’s repeated false assertions about widespread voter fraud have forced the mainstream media to break a decades-long taboo, and call his statements “lies”. What will this mean for the boundaries of legitimate public discourse in the US and elsewhere ???

And from the moment he became president, Donald J. Trump has unleashed so many of consequence that

the public has barely had time to parse their full implication.

Words about the dishonest media, the end of Obamacare, the construction of that border wall with Mexico —

this is an abbreviated list, and he hasn’t even completed his first week in office.

Amid the verbal deluge, President Trump this week repeated an assertion he made shortly after his election:

that millions of ballots cast illegally by undocumented immigrants cost him the popular vote.

If true, this would suggest the wholesale corruption of American democracy.

As far as anyone knows, the president’s assertion is akin to saying that millions of unicorns also voted illegally.

But such a baseless statement by a president challenged the news media to find the precise words to describe it.

This will be a recurring challenge, given Trump’s habit of speaking in sales-pitch hyperbole and

his tendency to deride any less-than-flattering report as “fake news.”

The words needed to be exactly right.

“And the language has a rich vocabulary for describing statements that fall short of the truth,”

said Geoffrey Nunberg, a linguist who teaches at the University of California, Berkeley, School of Information.

Rarely are these words, each with its own nuance, applied directly to something said by a president,

though others have also dissembled (like Bill Clinton on whether he had sex with an intern).

“This is the very unique situation that we find ourselves in as journalists and as a country,”

said Joshua Benton, the director of the Nieman Journalism Lab at Harvard University.

doesn’t seem to be able to produce evidence to back those claims.”

Some news organizations used words like “falsely” or “wrongly” — adverbs that tend to weaken the impact — in framing what the president said.

Some used “with no evidence,” or “won’t provide any proof,” or “unverified claims,” or “repeats debunked claim.”

The New York Times, though, ultimately chose more muscular terminology, opting to use the word “lie” in the headline.

After initially using the word “falsely,” it switched to “lie” online and then settled on

People noticed, and debated its use.

That is because, from the childhood schoolyard to the grave, this is a word neither used nor taken lightly.

It stands apart from most other terms in the linguistic ballpark of untruths, including “falsehood,”

which Chuck Todd, the host of “Meet the Press,” recently used to counter the

To say that someone has “lied,” an active verb, or has told a “lie,” a more passive, distancing noun,

is to say that the person intended to deceive.

In addition, Nunberg said, “a certain moral opprobrium attaches to it, a reprehensibility of motive.”

The question of intent has informed National Public Radio’s approach to covering Trump’s many disputable claims:

that he saw thousands of people in Jersey City cheering as the World Trade Center collapsed on Sept. 11, for example, or that

the news media had made up a feud between him and the country’s intelligence agencies,

despite his own tweets likening those agencies to Nazi Germany.

On NPR’s “Morning Edition” on Wednesday, Mary Louise Kelly explained that she had looked up the definition of “lie” in the Oxford English Dictionary.

“A false statement made with intent to deceive,” Kelly said.

“Intent being the key word there. Without the ability to peer into Donald Trump’s head, I can’t tell you what his intent was.

I can tell you what he said and how that squares, or doesn’t, with facts” …

And they had some prior experience with the matter, having approved the use of the L word once before in reference to Trump.

In September, when he grandly announced the findings of a yearslong so-called investigation into what nearly everyone else never doubted —

“President Obama was born in the United States, period” —

The Times published a Page 1 article with the headline “Trump Gives Up a Lie but Refuses to Repent.”

Dean Baquet, the executive editor of The Times, said that he learned of Trump’s latest comments in a text message from an editor on Monday night.

After consulting with other top editors, he decided that the use of “lie” was warranted.

For Baquet, the question of intent was resolved,

given that Trump had made the same assertion two months earlier through his preferred mode of communication, the tweet:

“In addition to winning the Electoral College in a landslide, I won the popular vote if you deduct the millions of people who voted illegally.”

(Nota bene: The tweet actually contains what might be considered two untruths — or falsehoods, or erroneous assertions, or bogus claims —

since Mr. Trump’s victory was no landslide, but among the closer elections in American history.)

Baquet said he fully understood the gravity of using the word “lie,”

whether in reference to an average citizen or to the president of the United States.

He emphasized that it should be used sparingly,

partly because the term carries such negative connotations,

and partly so that it does not lose potency.

“On the other hand, we should be letting people know in no uncertain terms that it’s untrue,”

Baquet said, referring to the president’s assertion of a voter-fraud epidemic.

“He repeated it without a single grain of evidence, and it’s a very powerful statement about the electoral system.” …

Over all, the tension between the Trump administration and much of the mainstream media is — what’s the word?

Troubling, according to Sara Brady, a crisis-communications specialist based in Florida.

She says that a complete breakdown of the already fractious relationship affects everyone.

“The media run the risk of being disrespectful to the president of the United States,” she said.

“But the problem is: If he doesn’t get called out in some way, we as Americans are never going to know what’s true and what’s not.”

Source: In a Swirl of ‘Untruths’ and ‘Falsehoods,’ Calling a Lie a Lie – The New York Times