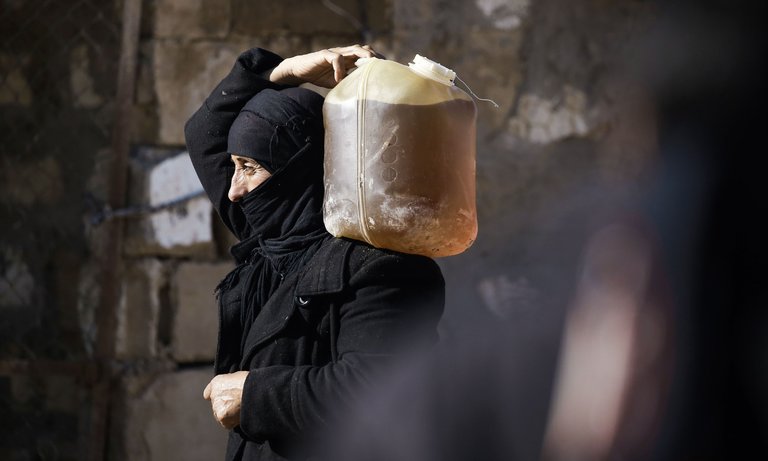 Iraqi officials were taken aback by the executive order, which they learned about through the American news media because they had not been consulted first. Shiite and Sunni political Islamists were ecstatic.

“Donald Trump’s executive order on immigration is straining relations with the partner the US needs most to reclaim the Islamic State’s stronghold in Mosul — the Iraqis.

Iraqi officials were taken aback by the directive, which they learned about through the American news media because they had not been consulted first.

The order blocks citizens from Iraq and six other predominantly Muslim countries from entering the United States for 90 days.

That lumps Iraq together with Iran, Libya, Somalia, Sudan, Syria and Yemen, nations with no strategic alliance with Washington.

“The effect is that many Iraqis will feel that the United States does not want a long-term relationship with Iraq,”

said Lukman Faily, who completed a three-year stint as Iraq’s ambassador to Washington in June.

“We hope it is a blip. It makes it difficult for us to decipher what President Trump is up to with regard to Iraq” …

The edict followed inflammatory comments Trump made during a visit to the CIA this month, in which he said that

the US should have “kept” Iraq’s oil after the American-led invasion and might still have a chance to do so.

More broadly, it clashes with a memo Trump issued on Saturday

calling on the Pentagon to submit a new plan for stepping up operations against the Islamic State,

including by empowering “coalition partners.”

With Iraq furnishing the ground forces for the coming assault on western Mosul,

and with more than 5,000 American troops in the country,

the political support of Baghdad is essential.

corrosive effect on American-Iraqi relations at a critical stage in the fighting.

“My brothers in Iraq’s Army, who I proudly fought with, are fighting ISIS tonight,”

“The Iraqi govt is now winning. And we ban their citizens?”

The order, which administration officials said was drafted

without the input of Defense Secretary Jim Mattis and Middle East experts at the State Department,

has offended the Iraqis in several respects.

During the Bush administration, the United States and Iraq signed a Strategic Framework Agreement,

which calls for close diplomatic, economic and security ties and is still in effect.

“If I were an Iraqi, I would be waving this signed agreement in the face of the current administration,”

said Ryan C. Crocker, who negotiated the accord and

served as the United States ambassador to Iraq under Presidents George W. Bush and Barack Obama.

“It is totally inconsistent.”

Iraqis who are already skeptical about Washington have also seized on the order to stir up opposition against the United States.

Moktada al-Sadr, the fiery cleric whom many Iraqi Shiites support, accused the United States of “arrogance.”

“So get out U.S. citizens from Iraq before you expel communities from U.S.,” he said on Twitter.

To contain the political damage, officials said a long-planned call between Prime Minister Haider al-Abadi of Iraq and Trump might be arranged for this week.

Trump spoke on Sunday with King Salman of Saudi Arabia and with the crown prince of the United Arab Emirates,

but neither Saudi Arabia nor the Emirates are covered by the new order.

Iraqi officials close to the Americans worry the Islamic State will exploit the policy in its propaganda to recruit new volunteers.

As of early Sunday, the terrorist group had made no official pronouncement.

However, individual members and supporters have been sharing the order and news articles about it.

Yet another worry has been expressed by veterans, and even members of Trump’s own party:

have sought special visas to move to the United States for their own protection.

“The people we need to accomplish the mission are nervous, and rightly so, that our country is going to turn our backs on them,”

Senators John McCain of Arizona and Lindsey Graham of South Carolina, Republicans who have been strongly supportive of the military, expressed concern that

a strict application of the order might even block Iraqi pilots from coming to the United States for training.

“This executive order bans Iraqi pilots from coming to military bases in Arizona to fight our common enemies,” they wrote in a statement issued Sunday.

with the need to maintain strong ties with Muslim partners in its fight against the Islamic State.

The air bases the US uses to bomb the group are all in Turkey or Arab countries, as are American troops.

“The president’s actions on refugees and immigration are certain to backfire,”

“The policies validate the terrorists’ claim that we are at war with Islam,

and will alienate our Middle East allies and isolate American Muslims here at home.”