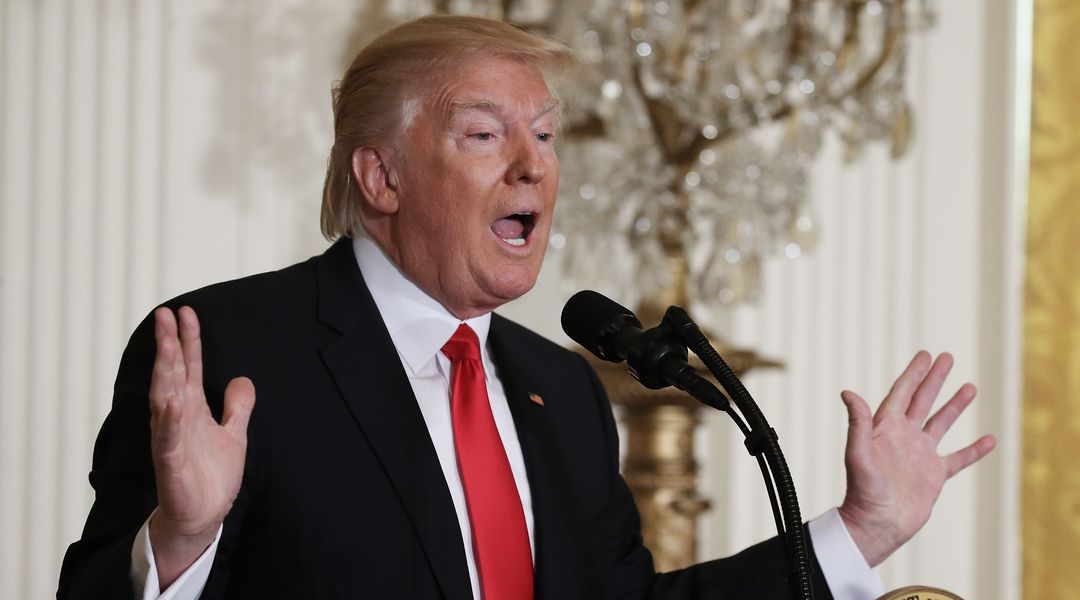 Instead of letting economists build a forecast, Trump’s budget was put together with “transition officials telling staff the growth targets their budget would produce – and asking them to backfill other estimates off those cooked figures.” Staff has been ORDERED to find a projected growth rate of 3.2% – DRASTICALLY higher than estimates provided by the Congressional Budget Office and Federal Reserve, both of which see the economy growing at a bit LESS than 2%. The Trump University Economics Department strikes again.

“As the White House staff tries to put together a budget for President Donald Trump, they face a fundamental problem.

Trump has promised to cut taxes, increase spending on the military and infrastructure, and avoid cuts to Social Security and Medicare.

The only way to do that without producing an exploding budget deficit is to assume a big increase in economic growth.

And Nick Timiraos at the Wall Street Journal reports that

Trump is planning to do just that — by making things up.

Deep into his story about Trump budget hijinks, Timiraos reveals that

but also the process by which they were derived.”

Specifically, what’s unusual about them is that they weren’t derived by any process at all.

Instead of letting economists build a forecast,

Trump’s budget was put together with

and asking them to backfill other estimates off those figures.”

Staff has been ORDERED to project that

inflation-adjusted growth will average between 3 and 3.5% over the next decade,

eventually settling at around 3.2%.

That’s drastically higher than the estimates provided by the Congressional Budget Office and the Federal Reserve,

both of which see the economy growing at a bit less than 2%.

The make-believe reasoning the administration is giving for this is:

“a regulatory rollback and a tax-code revamp will unleash growth that drives a recovery in productivity,

sends business investment higher and draws idled workers back to the labor force.”

At the same time, however, it’s projecting that an uptick in economic growth won’t lead to higher interest rates,

“because the U.S. would become a more attractive place to park money.”

This is, in a mechanical sense, the correct way to backfill the numbers.

If you want to assume a huge acceleration in growth,

both wages and the size of the labor force — without leading to higher interest rates.

And in sum, Trump ends up assuming an economy that, 10 years from now, is 17% larger than the current CBO estimate.

Since Trump is assuming GDP will be much higher,

that naturally means the deficit as a share of GDP will be much lower.

White House is passing a hot potato to Congressional RPBs

than what Congress, the Federal Reserve, or private sector forecasts generate.

It’s unusual for it to be SO wildly at odds with the consensus.

That’s in part because most presidents lack Trump’s shamelessness.

Another part is that most presidents would worry that

if you order CEA staff to make up fake numbers,

they will leak that to the Wall Street Journal.

But perhaps the biggest part is that normally presidents are trying, on some level, to work with Congress to get things done.

Congress needs to use Congressional Budget Office numbers when legislating,

so a fake White House forecast doesn’t help a president’s allies on the Hill.

telling them he is disavowing responsibility for any of the trade-offs inherent in governing,

and that the responsibility is all on THEM to work things out.”