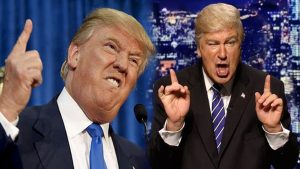 Alarmed, foreign officials are struggling to gauge whether they can depend on the US to honor commitments like defense treaties and trade pacts.

“President Trump’s litany of false statements and spurious claims has opened a national debate on the fragility of a fact-based society.

But overseas, where America’s allies and enemies parse a president’s every word for signs of threat or reassurance,

Trump’s falsehoods have prompted a different kind of alarm.

From defense treaties to trade pacts, foreign leaders are struggling to gauge whether they can depend on the US to honor its commitments.

the future of NATO, say, or the Iran nuclear deal —

that involve war and peace.

Trump spent the weekend in a round-robin series of phone calls with foreign leaders, clearly designed to settle nerves.

But from Tokyo and Beijing to London and Berlin,

foreign officials are watching the president’s false assertions with alarm,

unsure of whether they can trust him and

wondering whether that will undermine their dealings with Washington.

“If he’s telling lies on relatively unimportant things, like the size of the crowd at his inauguration or whether or not it rained on his parade,

that’s not of great importance in the overall scheme of things,” said Peter Westmacott, a former British ambassador to the United States.

“if I can’t rely on you to get the small things right,

how can I count on you to do so on things that really matter?”

For foreign leaders, particularly those who depend on the US for a security umbrella or as a market for their goods,

The best they can do, in some cases, is to try to pin him down on basic facts or nudge him in the right direction,

as two European leaders, Chancellor Angela Merkel of Germany and Prime Minister Theresa May of Britain, both did in recent days.

In a phone call with Trump on Saturday, Merkel objected to the ban on the entry of Muslims from seven countries.

To make her case, the chancellor’s spokesman said,

Merkel found herself explaining to him the Geneva Conventions,

which oblige countries to protect refugees of war on humanitarian grounds.

For May, who visited the White House on Friday, the goal was to clarify Trump’s position on NATO.

During the presidential campaign, he derided the alliance as obsolete and

questioned whether the US would automatically come to the defense of its members.

More recently, tho, he is reported to have said the US will support it —

a pledge the prime minister claimed to have extracted from him in their closed-door meeting.

“Mr. President, I think you said, you confirmed that you’re 100 percent behind NATO,” Mrs. May said at a joint news conference,

looking at Trump, who did not mention the alliance in his remarks.

and his hints about lifting sanctions on Russia or promises to rip up the Iran nuclear deal.

The latter two fall into a more standard category of positions taken by a political candidate that may later change.

Westmacott said those were not what he would call “barefaced lies.”

“They are early statements of policy,” he said, “perhaps not well thought through,

which European capitals — and others which might draw the wrong conclusions — need to see clarified.”

May’s meeting with Trump, he said, was a useful first step in that process.

The trouble is, Trump’s willingness to bend the truth could make it difficult to judge when the US has settled on firm policies on these issues.

Much of that may hinge on the influence wielded by a cadre of senior cabinet officials,

who hold views that differ from their boss’s and are regarded as steadier hands than him.

[ NB … This is about the only problematic sentence here …

While I think Mad Dog might be reasonably intelligent and live in some kind of real world,

Tillerson’s insane comments about China absolutely disqualify him from any policy-making position, especially Secy of State …

He will go along with Trump’s entire program,

Tillerson will be worse than useless … Mattis … maybe … would be nice ]

For France and Germany, the White House’s embrace of what a senior adviser, Kellyanne Conway, called

Both countries are holding elections this year in which

far-right populist parties are mounting a vigorous challenge to the political establishment.

Trump and his aides view his election victory as part of a populist wave that swept through Britain,

with its vote to leave the European Union, and will now deluge the Continent.

Breitbart News, a far-right website until recently run by Trump’s chief strategist, Stephen K. Bannon, is setting up outposts in Paris and Berlin,

which French and German officials worry will propagate “fake news” to try to swing the elections.

Germany has already been targeted by fake news operations, which officials believe emanate mostly from Russia.

German officials said Merkel was studiously pursuing a businesslike relationship with the president as part of their shared call on Saturday.

“She doesn’t want any differences to obscure the key relationship we have with the United States,”

That relationship, however, will be tested by Trump’s cultivation of Russia,

which has long subverted facts and truth in its ideological struggle with the West.

Some diplomats said the president’s false statements blurred the line between the United States and authoritarian states.

“America’s enemies feared it for dealing in facts while they offered disinformation and conspiracy theories,”

“All that changes when the White House embraces the notion of ‘alternative facts.’”

once the distinction between fact and false claim is eroded at the American end,” Mr. Haqqani said.

Presidents, to be sure, have long dissembled on matters of national security.

Lyndon B. Johnson was known for his “credibility gap,” the historian Robert Dallek pointed out,

while Richard M. Nixon once ordered a devastating South Vietnamese military defeat in Cambodia to be presented to the public as a victory.

These falsehoods have a cumulative effect on a president’s credibility, Dallek said, particularly when they involve war and peace.

“The worst is when you’re lying to the public and lives are being lost,” he said. “Those chickens come home to roost.”

Trump has been in office for only about 10 days.

On multiple foreign policy fronts, he has done what he said he would do in the campaign.

He closed the borders to the seven Muslim-majority countries.

He pulled out of the Trans-Pacific Partnership, dealing a coup de grâce to a 12-nation trade agreement.

And he signed an executive order to build a wall on the nation’s southern border, demanding again that Mexico pay for it.

Mexican officials, however, said they felt betrayed by Trump because

to meet with White House staff members to smooth over concerns about border security.

“Any world leader’s first audience is their home audience,” said Jorge Guajardo, who was Mexico’s ambassador to China.

“The possibility of being humiliated by the president in your home country is untenable.”

For some foreign policy experts, Trump’s falsehoods are not themselves a cause for panic.

Some recall the line attributed to the 17th-century English diplomat Sir Henry Wotton:

“An ambassador is an honest gentleman sent to lie abroad for the good of his country.”

It is instead Trump’s stubborn adherence to assertions that are so easily disproved that worries them.

“People can understand the tactical lie,”

said Eliot A. Cohen, a professor of strategic studies at Johns Hopkins University and a vocal critic of Mr. Trump.

“What’s unnerving is the sense that when he lies, he actually believes it —

the sense that he is fundamentally unmoored from reality.””